The Test of High Sorcery is already a best seller at the DMsGuild. It can be a D&D solo adventure that takes you through the rite in Dragonlance that magic users face.

Or you can use the 154-page download as a D&D sourcebook, not necessarily for the official Dragonlance: Shadow of the Dragon Queen setting from Wizards of the Coast.

It could also be a group adventure. With all these options, I understand the reason for a pause. Can The Test of High Sorcery be all these things? Thankfully, the book’s authors Donathin Frye and Kienna Shaw, very kindly agreed to help this Dragonlance newbie get his head around the offer.

I am a Dragonlance newbie. When we started this conversation (confession time), I hadn’t read any iconic books. Now, I’m two-thirds of the way through the first audiobook. I’m struck by the importance of the story’s Test of High Sorcery and understand why this adventure is selling well. However, I missed my chance to ask about Gully Dwarves.

What is Dragonlance? How does its setting differ from the Forgotten Realms?

Don: Dragonlance is a D&D campaign setting that was first launched in 1984, the same year I was born! Like Forgotten Realms, they have published hundreds of novels, video games, adventure modules, board games, and graphic novels for the setting. There was even an animated cartoon and opera set in Dragonlance. The setting’s world of Krynn differs from Forgotten Realms in several ways. Both are high fantasy, though Dragonlance often focuses on themes like war and the balance between good and evil. The gods and dragons of Dragonlance are frequently front and center in its stories.

Maybe the most significant difference between Dragonlance and Forgotten Realms is how the settings approach magic. In Dragonlance, arcane power is derived from the three moon gods—Solinari, Lunitari, and Nuitari. The Orders of High Sorcery mirror the moon gods’ philosophies. Despite their philosophical differences, mages and the moon gods work together to maintain a balance between good and evil while also pursuing the growth of magic in the world.

Dragonlance also features many unique races and cultures not found in other settings and beloved factions like the Knights of Solamnia and Knights of Takhisis. Exploring the meanings of honor, duty, loyalty, and friendship is a major theme in Dragonlance adventures.

There are several core D&D books, and now the Dragonlance: Shadow of the Dragon Queen book. Which of these do you need to play The Test of High Sorcery?

Kienna: We wanted to make sure that this adventure was accessible for newer players of TTRPGs and those who are just dipping their toes in D&D 5e, so you only need the free Basic Rules to play The Test of High Sorcery!

Are there spoilers in The Test of High Sorcery?

Don: We did our best not to spoil too much of the Dragonlance novels or campaigns. We provide a subchapter that details the world’s overall history, particularly how it relates to the Orders of High Sorcery. The only other minor spoiler is right at the start of the book, where we suggest how you can incorporate our adventure into Dragonlance: Shadow of the Dragon Queen.

However, for fans of the setting, you will come across plenty of easter eggs and some familiar characters. We wanted The Test of High Sorcery to be accessible to folks dipping their toes into Dragonlance for the first time but fit perfectly with all the fantastic stories and campaigns that have come before. For that reason, our adventure isn’t tied to any one era of the world—you can play it during any age of the Dragonlance sagas.

What themes does the Dragonlance series explore? And do you explore any similar themes in The Test of High Sorcery?

Don: Dragonlance’s themes make it such a compelling and emotional setting. Its adventures often focus on characters’ humble beginnings as they grow more influential and get swept up in epic events that can change the world’s fate. It puts its characters first, emphasizing family and friends. It explores the lure of power offered by evil gods like Takhisis but never gives up on its characters—there are always opportunities for redemption. And like I mentioned before, the horrors of war and the need for there to always be a balance between good and evil is forefront of the world. When the gods and followers of either side of the endless conflicts become too strong, tragedy always befalls the world until the balance is restored.

So we do explore a lot of these themes in The Test of High Sorcery! Part of joining the Orders of High Sorcery requires your moral actions during the test to be judged by the leaders of the Conclave. The Orders understand the importance of maintaining a balance and having representation from good, neutral, and evil-aligned characters amongst their ranks. During the adventure, you will have many opportunities to take shortcuts to gain power, help others find redemption, or redeem yourself for some of your previous choices. Depending on how you play, you may make strong connections with new characters that become part of your found family in the adventures to come.

Gamers can explore The Test of High Sorcery by themselves. How does the download work as a solo adventure?

Kienna: The Test of High Sorcery takes inspiration from other gamebooks (like the Choose Your Adventure novels) where a solo player can read through and flip to specific passages based on their choices or whether they succeed or fail on their rolls. In our format, player choice also gives their character Traits, which influence which paths they end up taking, and also gives some juicy hooks in their epilogue – if they survive. Another mechanic we added to help balance the experience and make it more enjoyable for solo players is Destiny points, a limited resource that the player receives at the beginning of the adventure. They can spend Destiny points to automatically succeed on a check, make an attack a Critical Hit, or gain some HP. However, the amount of Destiny points you have at the end of your adventure also influences how well they’re graded during the Test.

When the player enters into combat, they also take on the role of whatever enemy NPC their PC is facing. For the most fun, we encourage players to get into the mindset of the enemies and to “root for the bad guys on their turns as much as you do for your character on your turn.”

Knowing that most people are going to play digitally (though we’ve had people in the past dedicate time to printing out things on their own), we made sure to include interlinking between the different passages in the PDF, so people can just click to the next part of their adventure.

You’ve had a hit with the solo adventure To Hell & Back Again. Did that experience change or shape The Test of High Sorcery?

Kienna: Absolutely! To Hell & Back Again was our first venture into creating solo adventures, and considering it worked so well we took the same format as the foundation for The Test of High Sorcery. While many things stayed the same – the general format of labeled passages with interlinking, mechanics like Destiny Points and Traits – we also learned some lessons and evolved how we approached the much more complex Test.

We spent a lot more time doing the narrative design and fitting together the different paths and Traits, knowing that was such a crucial part of the success of TH&BA, and it would be even more key for a player-customized trial of magic. We also learned that while we could be just a two-person team, we learned from that grueling experience and brought on other people onto the The Test of High Sorcery team – namely Virginia Page, who was our graphic designer and did some incredible layout for the book that really sells the vibe and complements the adventure.

How could an experienced Dungeon Master use The Test of High Sorcery in D&D outside of Dragonlance?

Don: While the adventure is designed for the Dragonlance setting, you could easily adapt it to any setting where sorcery and centers of magical learning are emphasized. For instance, you could replace the moon gods with Mystra and other deities to set the adventure in Forgotten Realms. For a homebrew world, you could alter a bit of the lore to make it work with magic in your world without much fuss.

The Test of High Sorcery features dozens of unique tests and encounters that could be suitable for any mage trial but could also be used as random encounters or side quests in any campaign. We wrote our adventure to be as modular as possible for a solo adventure format, including rules for playing with a group or a Dungeon Master.

Kienna: While I always love collaborating with Don, I’m also the first of the two of us to point out that we’re always working too much. So for now, it’ll be restful recovery and focus on our other individual projects. And when our schedules align and the inspiration strikes us – just like it did with The Test of High Sorcery – then we’ll be sure to make something again, and let you know about it!

Don: We don’t have any firm plans right now! We will likely continue to support The Test of High Sorcery, possibly with minor tweaks and Virtual Tabletop Support in the coming months. Other than that, I think Kienna and I will likely relax a little after a few years of hard work on games. We do a ton of work for publishers on really cool games. For us, The Test of High Sorcery was a project of the heart and a long time coming. The next time we get together for a passion project like this, I know it’ll be because we’ve both got spare time and are inspired to do something really special. 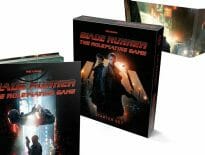 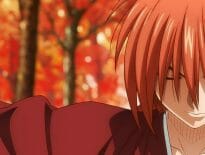 Anime The troubling Rurouni Kenshin reboot gets a new tr…
wpDiscuzComment Author Info
Manage Cookie Consent
This site uses cookies 🍪, and links are ads that may earn bloggers some money 💰, and with this alert, I very much hope that these dark truths 🧌 are acknowledged.
Manage options Manage services Manage vendors Read more about these purposes
Preferences
{title} {title} {title}
Loading Comments...