This is Audio EXP for the 17th of December 2022, and the title of this episode is “Does Roll20 own DriveThruRPG and OneBookShelf?”.

[The following is a transcript of Audio EXP: #176]

I’m talking to Jon at Handiwork, and I know we’re sneaking on towards the end of the month, but I figure we’ve a few more days yet.

In the geeky this news week, we’ve got two bits from Roll20.

One of those two is that Pathfinder and Starfinder community content will come to Roll20. That’s more third-party-created content available for those two popular tabletop games.

The other is that the DMsGuild community content program will expand to Roll20.

The original agreement is between OneBookShelf, who own DMsGuild, and their partners, Wizards of the Coast, who have a connection to it. Through the community content program and the DMsGuild, third-parties, that’s people like you and me, can create material intended for D&D players, sell it and keep some of the money.

Expanding the program to Roll20’s marketplace means that third-party creators can sell D&D-appropriate stuff, not just 5e labelled content for the virtual tabletop. That means setting expansions for Spelljammer, Dragonlance, Ravenloft and the others.

It’s good news for Roll20. In the future, with One D&D, Wizards will have their own virtual tabletop to compete with Roll20, but for now, the two companies are working together.

Roll20 is now in a place to have these conversations with Wizards as it joined with OneBookShelf in July. At the time, it wasn’t accurate to call it a merger. I think that’s important for legal reasons.

So, I’ve asked in this podcast whether Roll20 owns OneBookShelf yet? Simply put, I don’t know for sure, but I think the answer is; not yet.

Roll20 isn’t a company. It’s a brand, and the parent company is The Orr Group.

I know that my contacts at OneBookShelf now have Roll20 email addresses, and I’ve been told the two companies are operating as one. Ankit Lal is the boss.

I also know that my affiliate payment from OneBookShelf now comes from a Roll20 PayPal account. Thank you, by the way, to you if you buy DMsGuild, Storyteller’s Vault or DriveThruRPG downloads from links via Geek Native. You’re helping me and other Geek Native writers.

My prediction is that when the legal and financial timing is right, the two will come together and make one company.

Oh, the other bit of Roll20 news I have for you is the Roll vs Evil Roll20Con t-shirt competition.

I was one of the few people, less than a hundred of us, to donate to Roll vs Evil during Roll20Con 2022 and buy an especially designed t-shirt. I’ve been sent two.

So, if you’re in the UK and wear or know someone who’d want a medium t-shirt, then you can win my spare. It’s never been worn. I’ve also put donate to Roll vs Evil links in that competition because that’s the point of the exercise.

On the blog this week, link in the show notes, I talked to Glyn Moody who argues that Twitter and most big tech is rigged against creators.

Glyn’s point is that social media platforms just use the content others create as raw material for their own empires and make more money doing so than the content creators.

In the interview, we talk about what, if anything, you can do about that about D&D and Mastodon. We even discuss whether big companies are abusing copyright, and there’s a link to Glyn’s free book about the subject.

That’s not all. DMsGuild designer Alex Brandon, who has just released the Ananthia Campaign Guide, also wrote The (Old-School) People v. Modern D&D presented as a balanced legal debate. There are pros and cons for both sides, and, of course, even more for not picking unnecessary sides.

Give it a read.

A game that’s not a million miles away from D&D rules but absolutely not D&D is Pugmire. That’s a tabletop RPG from Pugsteady and Onyx Path in which most PCs are humanoid dogs who explore ruins from the age of man.

Realms of Pugmire, the second edition, has just been announced and I’ve seen a lot of love for the setting on social media.

Would you buy a copy of Pugmire 1 at the tail end of 2022, now that you know it’ll be replaced in two years? If not, what will happen to Pugmire sales? Will Onyx and Pugsteady put a note on their DriveThruRPG pages to say that edition two has been announced as a way to be transparent for potential buyers? Do they need to? There’s always backwards compatibility.

I’m also struck that I’ve not encountered this ethical and marketing debate before, as we’ve had Kickstarters for new editions. I guess what we have here is Onyx Path’s savvily long lead dates on their Kickstarter projects.

Another RPG I want to talk about – and yes, this one more Audio EXP podcast that’s dominated by RPG news – is Rivers of London.

Chaosium’s streamlined BRP take of the wizards in muscle cars series from Ben Aaronovitch is spot on.

Set in London, where the rivers are powerful spirits or little gods, there are one or two cops who study magic and try and keep the peace. It’s a very successful novel series, a comic book franchise, and a TV series that keeps on trying to happen.

I think it’s more important you know a bit about roleplaying than you need to know Rivers of London to enjoy the game, but you don’t need to know about either.

Rivers of London gets the thumbs up.

Or, if you’re looking to make the most of your existing library of RPGs, then what about the newly released and free to download Savage Rifts conversion guide that takes Savage Worlds rules and helps you adapt them to Palladium’s system.

Usually, conversion guides go from old to new, but this is new to old, and it makes sense since you might have Savage Worlds rules you fancy trying in Rifts while preferring the original Rifts system. We’re back to discussing third-party content and other nuances of licenses here.

The other freebie I’ve called out is Star Trek Adventures: Mysteries. This is the ninth set of mission briefs for the 2d20 game, showing incredible support for the line. You can get the eight that came before all via the blog, as I’ve put all the links in one post, so you won’t have to hunt around.

On to bundles, and talk about timing…

There are two Rifts offers in the Bundle of Holding. There’s the Core Mega bundle, which gets you the Ultimate Edition of the Palladium version, and a host more. There’s also another offer for Rifts Land and Sea which has different world books such as Rifts Atlantis.

What do you think of DC dropping Henry Cavill as Superman? I hope he didn’t walk from The Witcher for the role.

However, Cavill’s latest project has already been announced, and I think it’ll be really hard to do well but amazing if it works. It’s a Warhammer 40K series.

Lastly, just a quick update on Genre Police. At the end of November, I published Ben’s All Adventurers Welcome piece about inclusion at the gaming table. I was supposed to follow it with Making Mistakes which was about the mistakes you might make while trying to do the right thing. Yep, I made a mistake, and while Making Mistakes is live now, I put Pacemaker in between. Pacemaker is an article on episodic design in campaigns.

I think you can read them in any order, but the two diversity ones work best together. Perhaps in 2023, I’ll find the time to link all the Genre Police articles together in a handy way!

So, let’s finish up there; I hope the month is treating you kindly, and I’ll see you next week.

Audio EXP: #176 – Does Roll20 own DriveThruRPG and OneBookShelf? 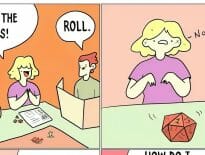 Comics Comic: I loot the bodies! 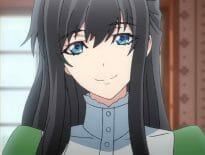 Anime Reborn to Master the Blade dives into gender and t…
wpDiscuzComment Author Info
Manage Cookie Consent
This site uses cookies 🍪, and links are ads that may earn bloggers some money 💰, and with this alert, I very much hope that these dark truths 🧌 are acknowledged.
Manage options Manage services Manage vendors Read more about these purposes
Preferences
{title} {title} {title}