For almost 30 years, Glyn Moody has been writing on copyright, digital rights, and the Internet. He is the author of the book “Walled Culture: How Big Content Uses Technology and the Law to Lock Down Culture and Keep Creators Poor.”

Geek Native had the chance to speak to Glyn and was curious about the evolution of digital rights, especially as the large RPG and tabletop community on Twitter faced significant changes.

Glyn’s book, about how tech giants like Twitter are keeping creators poor, is free at Walled Culture and can be read at your leisure. The interview below digs a little into tabletop games specifically.

Many of Geek Native’s readers create and sell material for tabletop games and care about Twitter as a way to reach their customers. Why should they care about who owns Twitter?

Twitter is now a company owned by the richest person in the world. Elon Musk is effectively the self-appointed dictator of Twitter: he can do pretty much whatever he wants. Indeed, he has already started doing things that the previous management would never have contemplated. Anyone on Twitter, or thinking about joining it, needs to be aware that for the moment there are no fixed rules: Musk can change his mind repeatedly, act in an arbitrary and capricious manner, and no one can stop him.

That’s a big problem for anyone trying to use the platform for business purposes like reaching customers. It means that Twitter is no longer a reliable marketing or support medium, since the rules might suddenly change, making promotion and problem-solving difficult.

On the other hand, it might be that Musk’s decisions make Twitter more useful for those purposes. The difficulty is that nobody can predict where things will go with him in charge.

You’ve argued that Big Tech and Big Content is devaluing the worth of creators. How does the argument go?

Both Big Tech and Big Content increasingly regard creative material just as some raw material that can be packaged and sold. Although the copyright business – publishers, music recording companies, film studios etc. – try to paint the Internet giants as the only problem here, they are equally to blame. The proof is in the very healthy profits both industries enjoy, while the vast majority of writers, musicians and other creators struggle to make a decent living. The only difference between Big Tech and Big Content is that the former have been quicker and more successful in exploiting the digital medium, and the latter are envious of that.

In the tabletop RPG space (games like Dungeons & Dragons) there are a few dominant e-Commerce players, a duopoly, and they’re beginning to merge with some technical solutions (like sites which provide virtual tabletops to play our games on). Does this ring alarm bells for you? Is there any practical advice you can give content creators?

This is very much part of a larger and very worrying pattern of industry concentration. For example, in publishing, there are the Big Five companies that dominate the global industry. Similarly, for music and films, just a handful of companies control most commercial output. Fewer corporate players means less choice for creators when selling their services, which drives down income.

This is such a large-scale problem that it needs tackling at the national or even international level. One thing that individual creators can do is to retain control over their work. In particular, that means only selling a licence to companies, rather than assigning copyright to them. The other route would be for creators to try band together in some way so as to increase their bargaining power with big companies.

As you’d expect, many RPG content creators are trying Patreon, but it’s a tough ask. Buying an e-book to supplement a game differs from opting into a subscription model that offers weekly content. Can platforms like Twitter make enough money from subscriptions so late in the game?

The key to new business models is reinforcing the connection between creator and fans. The stronger that bond, the easier it is to ask them to support artists financially. For “true fans“, a concept first defined by Kevin Kelly back in 2008, there doesn’t even need to be any immediate or regular payback for their donations: they are happy to support artists whose work they love. That means creators need to try to build their personal brand as much as possible – so that people know who exactly is creating the things they love. The crowdfunding platforms like Patreon and Kickstarter are well placed to build up sustained support from these true fans.

Increasingly, tabletop gamers are looking at Mastodon as a Twitter alternative. There’s no central authority in Mastodon; each server has its admins and rules. How does that change copyright, culture and cash for creators?

Because Mastodon is a federation of “instances” (that is, servers), it avoids the problem of a dictator owning and ruling the service. Instead, there are many different instances, with many different sets of rules, and thus different cultures. That’s a problem in the sense Mastodon users need to find the one that is right for them, but it’s also an opportunity, since they can look for one that truly aligns with their needs. In particular, different instances may have different views on how copyright is applied, and how it can be monetised.

It’s still early days for the service, and it may not be possible to find that perfect instance immediately. But that’s not an issue, since Mastodon has interoperability and portability built in: it is straightforward to move from one instance to another – something that is impossible with Twitter.

Another big advantage that Mastodon has is that it is part of the larger Fediverse. It includes platforms for sharing images, and others for sharing videos, among others. The big advantage over better-known platforms such as Instagram and YouTube is that comments can be left on the Fediverse equivalents – things like Pixelfed and PeerTube – using a Mastodon account (and vice versa). In other words, a single account works across the whole Fediverse.

These platforms also consist of various instances, with different cultures and rules. Again, that means that creators can find a server that best suits them. Although the number of platforms and instances on offer is still somewhat limited, that is likely to change as more people join Mastodon and boost the total Fediverse population. Moreover, Tumblr, an older social networking site for short-form blogging, plans to join the Fediverse, and the photo-sharing site Flickr is considering a similar move. These would expand the ecosystem further, increasing its attractiveness for creators.

The concept of “copyright” itself seems to be being discussed more often, with some arguing that big companies are abusing or obsessed with it. Do you agree? Is it the same for micro-businesses such as solo authors selling adventure stories for fantasy worlds?

This is certainly true, and for a number of reasons. First, because copyright is a monopoly. Monopolies are rightly regarded as bad, since they give an unchecked economic power to those who wield them. But copyright is not just a legal monopoly, it is one that is backed by the state through copyright laws. This makes it extremely attractive for businesses, since it has all the advantages of a monopoly, with the added benefit of being completely legal and even protected by the government.

This is why companies are so keen for creators to assign their copyright to them: it gives them all these monopoly powers that would otherwise be lacking if the creator retained control. It’s also why it is vital for solo authors to keep the copyright, and not give it up as part of a business deal. A licensing arrangement can give companies all the rights they really need, even if they want more.

The final reason why copyright is constantly in the news these days is because its fundamental incompatibility with the Internet is leading to huge problems for creators and users alike. Copyright was invented in 1710, for an analogue world of things. It allowed creators to control who made copies of their works. Making copies of analogue objects is hard: for example, for books you need an entire printing press. That made it relatively easy to police copyright: you just found the printing press and confiscated/destroyed it.

That approach doesn’t work in the digital world, where a perfect copy of any digital file can be made instantly, for effectively zero cost, and then sent to billions of people around the world via the Internet. The equipment needed to make copies is found in everyone’s pocket in the form of a smartphone. It is not possible to stop billions of people on the planet from making digital copies with this technology: it is like trying to make water unwet.

Unfortunately, the copyright industries are trying anyway. That has led to a series of unworkable laws with disproportionate punishments. For example, in 2007, Jammie Thomas, a US single mother of two, was found liable for $222,000 in damages for sharing 24 songs on Kazaa. On retrial, she was fined even more: $1.92 million.

Fortunately, new business models based on things like true fans, mentioned above, don’t need threats of punitive fines or prison to operate, unlike copyright. By connecting with their fans, creators can receive regular financial support for their future work, rather than trying to charge on a one-off basis for past work, which is how things work today. As well as providing greater financial security for artists, this approach also gives fans exactly what they want: more great material from their favourite authors. 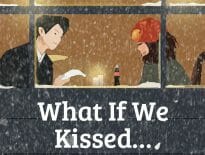 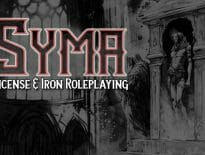