You are here: Home / Geek Stuff / Sites / Roll20 joins with DriveThruRPG and DMsGuild’s OneBookShelf to form a joint venture

Roll20’s boss Ankit Lal is the new boss as Roll20 forms a joint venture with OneBookShelf, which operates sites like the DMsGuild, Pathfinder Infinite, DriveThruComics and DriveThruRPG.

The two are from the world’s leading digital tabletop RPG companies, and the coming together of the two is unprecedented in the hobby space. More than 40 digitally talented employees will now work on user experience, code and product.

What does the Roll20, DriveThruRPG and DMsGuild venture mean to me?

Soonish, Roll20 will support PDFs in their virtual tabletop by giving users the ability to upload, read, and share these documents. This step should mean Roll20’s VTT is a far more attractive solution for gaming groups and GMs using OneBookShelf downloads.

Later, the Roll20 and OBS joint venture will make their libraries within each system. Furthermore, OBS purchases won’t count towards Roll20 quotas.

The work continues Lal’s Operation Fire Bolt, which reduced in-game load time at Roll20 by 57% and continues the recently announced news of the Roll20 and DMsGuild team up.

Geek Native has asked, but there’s no update on what the merger of platforms means for Astral Tabletop. After the founders left the market, Astral became a virtual tabletop maintained by OBS.

We have not yet determined whether there’s any impact on Fantasy Grounds and modules for that Roll20 rival currently sold via OneBookShelf sites.

I’m an RPG publisher; what does this mean to me?

No products, licenses or ownerships will be transferred due to this legal deal. What was yours before is still yours after the ink dries.

You can sell products as usual under the united company. The new entity has a reach of over 10 million users.

What will Steve Wieck do?

Stephan Wieck, the current CEO of OneBookShelf, will join the Roll20 Board of Directors and the joint company’s executive team.

Previously, Wieck co-founded White Wolf, which published Vampire: The Masquerade and other World of Darkness titles, and served on the CCP Games Board of Directors.

Wieck founded DriveThruRPG in 2004, merging it later with RPGNow and creating OneBookShelf.

In a press statement, he said;

Our mission from the get-go has always been to make it easier for publishers and creators to reach a wider audience of roleplaying fans. By combining forces with Roll20, we empower game makers to present content across a wider variety of formats, whether character creators, virtual tabletop, digital editions, or print. Customers will be able to support their favorite games, in any format they desire, with one economical purchase, and they will be able to use their content on roleplaying’s most trusted platform.”

Why is this happening?

We can only speculate, and Geek Native’s podcast listeners will know that this writer likes to talk about the critical connection between marketplaces and virtual tabletops. People need to buy games in the format they play and will play on ecosystems that can sell them a wide range of games.

Joining forces with OneBookShelf creates the best place to purchase, peruse, and play TTRPGs online, period. Since 2012, Roll20 has been the industry leader in virtual tabletop gaming, hosting content from some of the biggest publishers in the space, including Wizards of the Coast, Paizo, and Chaosium. With this deal, we gain significant progress on several of our user promises that dramatically improve the VTT, and will work together to continue adding new and exciting features to our already industry-leading platform.”

Roll20 has faced competition from Foundry, a virtual tabletop with a lifetime license. OBS has had competition from Itch.io, a site fancied by the indie RPG community, with the ability for agile bundles and game jams.

Importantly, Wizards of the Coast, the publishers of Dungeons & Dragons, work with both Roll20 and OneBookShelf, giving both permission to legally sell D&D content and D&D community content. However, Wizards of the Coast bought D&D Beyond for $146 million this year. D&D Beyond is a digital marketplace with digital tools but not yet a full virtual tabletop.

WotC asked fans whether they would buy an official D&D VTT last year.

The merger of Roll20 and OBS’s assets helps shore up selling points, expands the ecosystem to more players and helps ensure the joint company is a significant force in any license negotiation.

Steve Wieck and brother Stewart published their first professional adventure in 1986. That was 36 years ago, and with the sad passing of Stewart in 2017, Steve might just be looking to wind down a little.

Are Roll20, Dungeon Masters Guild and DriveThruRPG one company?

The devil is in the detail. Geek Native is told that neither ‘merger’ nor ‘joint company’ are the most accurate legal phrase to describe this deal.

It’s probably incorrect to say “Roll20 as bought DriveThruRPG” or “Roll20 has bought OneBookShelf”. This current step might not be the last.

OneBookShelf and Roll20 are a joint venture with Ankit Lal as CEO. 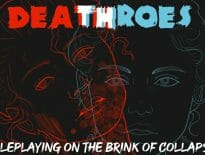 Tabletop & RPGs An RPG about hope and zombies: Death Throes 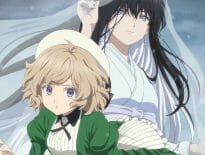