The Immortal Think Tank are Che and Ford, based in New Zealand and drawing together.

They’re gamers too. They know the score.

A botch isn’t ideal when figuring out what loot options you have. Is anyone else thinking about D&D’s Bag of Holding? Making it look like an old sock would be a good tactic! Also, did you know that the Bag of Holding may have been inspired by tales of magical purses, wallets and sacks from folklore, such as the Irish tale of the King’s Purse? In this story, a woman is given a small bag that can hold a seemingly endless amount of coins.

The first official mention of the Bag of Holding in Dungeons & Dragons was in the 1st edition of the game, released in 1974. The item was described as a “bag of many things” and a magical item that allowed its user to store items that would otherwise take up too much space.

In the 2nd edition of Dungeons & Dragons, the Bag of Holding was described as a large sack, usually made of cloth, that could store items inside without taking up extra space. The bag could also contain and transport liquids without spilling them.

The Bag of Holding became an even more powerful item in later editions of the game. It was able to contain extra-dimensional spaces, allowing its user to store items that would otherwise take up too much space.

There’s a Patreon offer, too, which includes a tier in which you get a handwritten letter every month with an original drawing. That’s amazingly lovely.

I’m pleased because there’s also a merch option with the TeePublic page. I rather like this Cheers! t-shirt.

Comic: I loot the bodies! 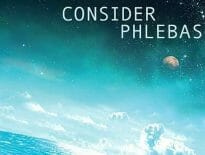 Books Why war? A review of Iain M Banks’ Consider …

Sites Audio EXP: #176 – Does Roll20 own DriveThruR…
wpDiscuzComment Author Info
Manage Cookie Consent
This site uses cookies 🍪, and links are ads that may earn bloggers some money 💰, and with this alert, I very much hope that these dark truths 🧌 are acknowledged.
Manage options Manage services Manage vendors Read more about these purposes
Preferences
{title} {title} {title}
Loading Comments...