Woah! So here’s the deal: OSR players and DMs cling to the Gygaxian glory of yore, while the hashtag generation is all about novelty on demand. No…. Shocker!

The People claim that early editions of D&D were truer to concept, that the game was then one of storytelling and challenge to the limits of imagination. They argue there’s hardly any RP left in Wizards of the Coast’s version of RPG and that kids these days go through character classes like shit through a goose.

The publishers, in their turn, will reason that we’re not in the seventies or eighties anymore, as epic as it was to witness the birth of pen & paper gaming. But whereas Gen X’ers called two dashes bouncing a blob over a dotted line a video game, Millennials grew up on life-like cinematics, and those who contend with time, sooner or later, lose.

And who’s got it right? Well, they both do, of course. This writer will visit both sides of the courtroom in a quest for consensus—and probably get in trouble in due process.

OSR’s table plays the legacy card, and while the founding fathers’ credit for introducing an all-new concept in entertainment is undeniable, that card is mottled by nostalgia. One simply needs to do better than say, “Trust me, kid, this game was much better before you were born.”

Holding on to the glory days surely helps you feel young, but as the Boss well put it, they will pass you by. Should D&D have stayed true to TSR’s vision? Or would we be looking at a 1970s Elvis? Conservation is a duty owed to History, if nothing else, but not everything can—or should—be preserved, as the scent of decadence can be hard to ignore.

The prosecution calls to the stand Ms. Corporate Greed

The prosecution calls to the stand Ms. Corporate Greed. It used to be that a company was as good as the quality of its product. You make something that makes people go, “Wow!” and if you can consistently replicate that magic, you may find yourself a Patek Phillipe or a Levi’s.

Growth was then limited to how many watches Monsieur de Patek could craft without skipping a beat or the number of miners Herr Strauss could dress before his jeans came apart at the seams. Quality was both the bar and the cap. Then along came the industrial revolution, and before long, another six billion people showed up on Earth.

But is that an explanation or an excuse? If you ask the 23% of the world population working in factories, making far more goods than we need, it’s all perfectly justified—ultimately necessary. The consumer, however, will tell you there are only so many iPhones you can put out there before your new launch becomes as exciting as a TV dinner.

D&D’s first publication had a budget of $2,000, with only 100 bucks for art! They sold 1,000 copies that year, and those results made the gang jump with joy. Today, their proceeds would not pay WOTC’s Starbucks bill. TSR was a startup, and on those, everybody buys their own coffee, but twenty-five years after putting its big-boy pants on, it was insolvent. Ouch.

Were Gary Gygax able to keep the lights on then, would their product have held its quality? Or would TSR today be the ones publishing new books every other month while purists lashed out at Gary Jr?

It’s hard to say for sure whether the eternal Dungeon Master would have stuck with the Swiss watchmakers or joined Apple on the dark side. One might be called cynical for saying that the difference between ambition and greed is a matter of time, but would one be wrong? Perhaps we are doomed to cry over milk that will invariably be spilled, and we just won’t see it.

On the other side of the room, a twenty-year-old stands up and roller skates before the jury box. “Books kill trees,” he says, pointing at the pageless tablet in his hand, and a commotion is installed.

Wait. What happened to product quality, jobs, and evil corporations? “Oh, just shake it off,” swiftly says Taylor. Scientists still debate (they probably do) why books do to a twenty-first-century fox what garlic does to Strahd Von Zarovich.

A nasty old bugger would argue that the musty smell of decomposing cellulose is too much for a generation allergic to their own shadow, but the fact is that once you print something out, the words won’t change. Ever.

“If you’re old enough to have opened D&D’s iconic red box, you are now outnumbered two to one.

If you’re old enough to have opened D&D’s iconic red box, you are now outnumbered two to one. And in another twenty years, there will be half as many of you. Sorry, just saying it. OSRs found themselves across the battlefield from an army that did not know what a mothball was, so they disengaged and forfeited the discussion.

Yours truly has played one of his first characters on and off for ten years. When my Fighter 10 Minotaur reached the 11th level as a dual-class Cleric in 2e Dragonlance and became a proper badass, I had damn earned it! What if I had gotten there in a year’s campaign? I might have had just as much fun with him and played another nine characters. Boy, do I feel silly now….

Does playing a Paladin/Warlock/Druid half-elf, half-non-evil-fiend make sense? Does it make you a min-maxer? Screw it. Does it make you happy? If you’re digging the game, and everyone around the table is going home with a smile on their faces, more power to you. No pun intended.

Role-playing games are all about bringing people together. Ok, are the stories today as good as they used to be? Honestly, I haven’t seen a new Queen of the Spiders or another Desert of Desolation, which afforded my party some of the most memorable D&D moments of our thirty-five years.

Is Ravnica up to par with Ed Greenwood’s Forgotten Realms? Well, if you like it, play it. Too card-gamy for you? Stick to Waterdeep. Paper or PDF, right or wrong, there’s a reason for keeping libraries: Choice.

Is it wise to throw card games, video games, and TTRPG in a blender and serve it cold? You may agree that 4e has answered that question, but 5e heard you, and it feels pretty playable to me. Besides, anyone not happy with WOTC’s storytelling of late is free to do their own. I did.

The game has evolved, period. Maybe you could go back to drawing a dungeon on grid paper and arbitrating whether or not Troll #2 is within range of the Sorcerer’s lightning bolt. But I, for one, could never play D&D again without a battle map.

Will there be more changes? Heck, yeah. Will they all be for the best? Heck, no. Welcome to the real world.

So, Alex, you’ve said a lot for the two sides of the role-playing alley. How’s the view from up on the fence?

Well, erm…. Look, some of us are all about RP; some itch to roll initiative. Some want to trudge waist-deep in lore; some just want to delve into that dungeon. Personally, I can’t have one without the other.

The verdict? In my view, old-school charm and present-day systems are not mutually exclusive. Should both parties give up a little ground for the sake of a better product in the upcoming One D&D? No doubt.

Till then, find like-minded folks, and go for whatever floats your boat!

Alex Brandon has been playing and DMing D&D since 1987. His first publication, the gloomy, lore-rich Ananthia Campaign Guide, is a full-fledged setting inserted in the Forgotten Realms universe.

Does playing a Paladin/Warlock/Druid half-elf, half-non-evil-fiend make sense? Does it make you a min-maxer? Screw it. Does it make you happy? If you’re digging the game, and everyone around the table is going home with a smile on their faces, more power to you. No pun intended.  Nope. Yes. It probably will because its still roleplaying. But what its not, is D&D. Ive played since 79. Ive had Oooo a good 30+ characters with less than a handful actually surviving. So I understand the thrill of new charater and class/ability combinations My most powerful OCs are my very 1st character… Read more » 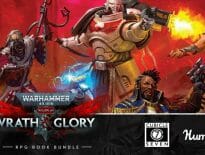 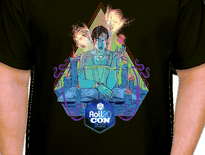 Geek Stuff Competition: Roll20Con 2022 and Roll vs Evil t-shi…
wpDiscuzComment Author Info
Manage Cookie Consent
This site uses cookies 🍪, and links are ads that may earn bloggers some money 💰, and with this alert, I very much hope that these dark truths 🧌 are acknowledged.
Manage options Manage services Manage vendors Read more about these purposes
Preferences
{title} {title} {title}
Loading Comments...