LionWing Publishing specialises in taking tabletop games from Japan to the West. The latest project is an RPG called Convictor Drive: Armored by Grief, inspired by Kamen Rider.

Kamen Rider is a motorcycle, insect-themed superhero that’s been airing as a TV show in Japan since the early 70s. The $10,000 goal is now a distant memory with more than $30k pledged and about two weeks left on the Kickstarter clock.

Set in a hi-tech prototype of a city, the RPG casts characters as DRIVE members. These nanomachine-enhanced people can transform into Convictors and battle crime.

Not everyone can do this. PCs must have suffered loss and must still feel the pain of it to be able to will their bodies into shape and take the power of the Convictors.

There’s no preview of the proposed book, but there is a sample of the previous edition.

At $40, which is about £34, the hardcover edition of the RPG is added to the thank-you rewards.

An exclusive at $100 of the Convictor Drive Armored Edition is a black leatherette, foil-stamped hardcover. That tier comes with custom dice, a leatherette dice tray, a signed postcard and a hand-numbered game box. Your name goes in the credits, and you get the PDF rewards.

LionWing estimate the PDF will be ready for February 2023 and the hardcover a month later in March. 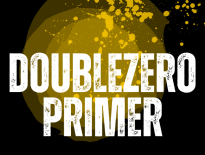 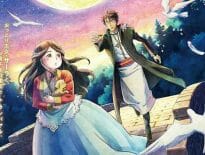