Trigun Stampede, the remake of Yasuhiro Hightow’s manga and the original anime, has a new trailer. January is revealed as the premiere date for the new show in it.

Crunchyroll is picking up the show and is expected to air it as it runs in Japan.

I’ve not found an updated synopsis, but we should be following a gunman called Vash the Stampede. Stampede is a nickname awarded due to the rampaging bounty hunters, each chasing the “60 billion double dollar” reward on his head. These money-chasers don’t care what damage they do to villages or even people while pursuing that bounty.

We also know, from the bits of news in the new show, that Million Knives is another character and perhaps Vash’s brother.

The manga ran in Monthly Shonen Captain from 1995 to 1997. Trigun Maximum continued in Shonengahosha’s Young King Ours magazine until 2007. Dark Horse Comics translated the manga for an English release later. 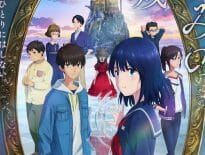 Anime Creepy or not? Lonely Castle in the Mirror 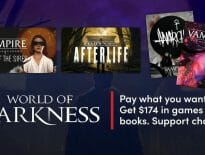 PC Gamer Halloween! Humble unleashes a World of Darkn…
wpDiscuzComment Author Info
Manage Cookie Consent
This site uses cookies 🍪, and links are ads that may earn bloggers some money 💰, and with this alert, I very much hope that these dark truths 🧌 are acknowledged.
Manage options Manage services Manage vendors Read more about these purposes
Preferences
{title} {title} {title}
Loading Comments...