There’s a new trailer for the original TV anime Magical Girl Magical Destroyers, and I have to say; they look fun!

The story is about four geeks (four otakus) who fight for freedom even when a mysterious force starts to take out nerds.

I’m not sure they’re the most stable defenders I can imagine, but if Otaku Hero, Anarchy, Blue and Pink were my friends, they’d absolutely be people I’d hit the pubs and street parties with, knowing I’d be safe!

Inagawa is the designer, and Bibury Animation Studio is running the project. The director is a sub-culture figure, an artist known for mashups and has collaborated with brands on merch and music before, but this is said to be his first “truly wanted to do” project. 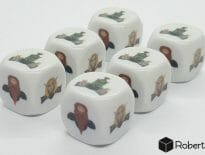