You are here: Home / TV / Anime / Creepy or not? Lonely Castle in the Mirror

Lonely Castle in the Mirror has a new trailer, and I’ll leave it to you to decide whether the wolf-girl is creepy or not.

It’s a mysterious and mild start to the trailer, seemingly to show a slow life in the Lonely Castle, but the final moments are packed with more action.

The official website has this synopsis for the anime;

One day, a mirror in Kokoro’s room suddenly began to glow in front of her eyes, as she had lost her place at school and was confined to her room. She walked through the shining mirror to find a mysterious castle-like building. There were seven people in a similar situation to Kokoro. It is said that a secret “key” is hidden in the castle, and whoever finds it will have their wish come true. Why were these seven people gathered together? and where is the key? When everything is revealed, you will be surprised and moved.

The story is well-known in Japan. The novel has sold more than 1.2 million copies since being published in 2017, and a manga adaption following in 2022.

Featured in this trailer is the theme song from singer-songwriter Yuuri, which is called “Merry-GO-Round”.

Lonely Castle in the Mirror is a feature-length heading to cinemas in Japan and due just before the end of the year.

Creepy or not? Lonely Castle in the Mirror 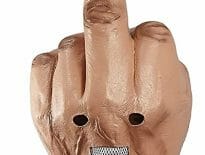 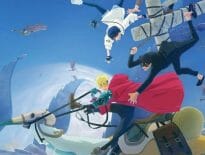