You are here: Home / TV / Anime / A Herbivorous Dragon of 5,000 Years Gets Unfairly Villainized

The original light novel of A Herbivorous Dragon of 5,000 Years Gets Unfairly Villainized was written in Japan, but it was a Chinese company picked up the animation rights. Now the show is due to air in Japan.

It’s already been streaming in English on bilibili.

The story revolves around a harmless vegetarian dragon. One day, a little girl comes to him as a sacrifice from her community, believing him to be some vast wicked dragon. She believes that if she trades her soul for power, she will be able to vanquish the Demon Lord. The dragon lies to get rid of her, but this misunderstanding unleashes magical powers within her.

It’s not yet known whether the English version will travel West or whether it’ll stay on the Chinese-run bilibili for now. Success, or lack of it, in Japan, will likely matter.

A Herbivorous Dragon of 5,000 Years Gets Unfairly Villainized 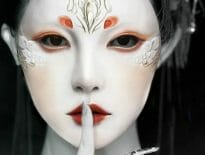 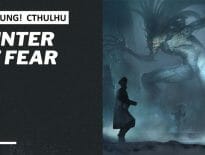