You are here: Home / TV / Anime / Legend of Mana -The Teardrop Crystal- anime gets October 7 air date for RPG adaptation

Square Enix’s Legend of Mana RPG is getting a new TV anime.

Legend of Mana -The Teardrop Crystal- will air in Japan on October 7.

Restaurant to Another World’s Masato Jinbo has two roles on the anime, directing and as the series composter. There are two studios involved, Graphinica and Yokohama Animation Lab.

The anime creators collaborated with “cactus town” Kasugai City in Aichi to mark the launch. Kasugai City is one of Japan’s largest cactus producers, and the partnership will include Saboten-kun, AKA Li’l Cactus, from the game. 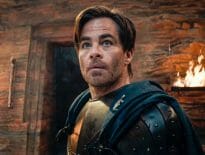