You are here: Home / TV / Anime / Golf anime Bird Wing gets another round

I’ve not yet tee’d up Takayuki Inagaki’s golf anime Birdie Wing although it was one of those rare sports anime that got my attention. Now, just as season one finishes, season two has been announced.

The TV anime from Bandai Namco Pictures is about two very different women with a talent for golf and it looks like they take on the world together.

There’s no English in the trailer, not even behind the caption buttons, so I’m not sure whether the scene with the rain and sniper was a visual metaphor or whether Birdie Wing isn’t all about cheerful sports determination!

The series is on Crunchyroll, so I can go find out.

Eve and Aoi Amawashi, two golfers who come from completely different backgrounds, and have the completely opposite play styles, will shake the world of golf.

The movie database also has some wonderful “Did you know” connections for the series, including a Pac-man reference. Another is the mention of “Naferce” which, in Birdie Wing, is a country where a golf tournament takes place but was first mentioned in the 2004 anime series Madlax also written by Yosuke Kuroda.

Golf anime Bird Wing gets another round 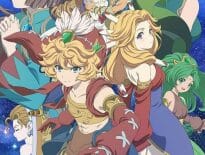 Anime The Teardrop Crystal: JRPG Legend of Mana gets an … 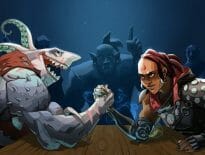