In this case, D.P. stands for Deserter Pursuit.

Kim Bo-tong’s Webtoon is the story of a soldier in the South Korean Army who is part of the unit to arrest deserters.

There’s a heavily militarized border between North and South Korea, and while it’s not uncommon to see, occasionally videos of people trying to make a mad dash from North to South, or I presume the other way from time to time, make the internet. It’s a deadly run.

In the story, Jun-ho often finds himself dealing with confused and young adults. That we’re following someone charged with arresting deserters is balanced out through the portrayal of the pain and drama of those who made the decision to do so.

D.P. isn’t Kim Bo-tong’s only webtoon. AMANZA received an Our Manhwa of Today, the most prestigious award a comic in Korea can get from the Ministry of Culture, Sports and Tourism.

Netflix has appointed Han Jun-hee to direct the webtoon to anime conversion. Han Jun-hee is best known for his films Coin Locker Girl and Hit-and-Run Squad. 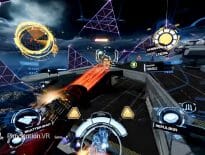 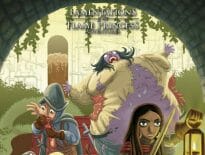