You are here: Home / Games / Tabletop & RPGs / The Radiance Adventure Engine: Turn any tabletop RPG into a solo game

OddFish Games have found Kickstarter success with The Radiance Adventure Engine, smashing goals and steaming ahead with an offer to turn any tabletop RPG into a solo game.

Solo RPGs are as they sound; you’re both the player and the GM. You can find out more about the project or pledge on Kickstarter.

TRAE uses Radiance cards as story prompts, acting as suggestions in your role as GM and NPCs, layering in those story twists as appropriate.

There are several ways to use the engine, and one is Standard Mode. OddFish say;

Play one or more heroes through a single-player adventure.

Each Radiance adventure starts with a Core Adventure Problem a randomly generated narrative arc for the entire adventure.

Using a 4-act narrative structure similar to books and movies, we break the adventure down into 8 Adventure Stages. At each Stage you draw Story and Detail cards to give that portion of the adventure its own drama.

Each Story is then broken into multiple Paths and you choose the Path your hero takes.

The Path cards contain system agnostic mechanics that you match to the RPG of your choice. Your hero then takes Actions (and you roll dice) to journey forth into the adventure.

Several games have been tested in this system, including Modiphius’ 2d20 Dishonored, Dune, Fallout and Star Trek Adventures as well as Savage World’s Deadlands, Holler and Fantasy.

You can support the indie project by sharing it on social media or offering cash. If you offer $50 or more, then you’ll get a physical copy of The Radiance Adventure Engine. OddFish will ship that to anywhere in the world, but I imagine you’ll have some shipping costs to pay.

At $80, you also get the supplement — wait for it — How to RPG with Your Cat. If you like the sound of that title, then the PDF is on DriveThruRPG for $15.

At $90, you can also get one of several Modiphius 2d20 games or the Savage Worlds Adventure Edition core rules. Then, at $130, you get the SWADE book and a setting.

OddFish estimate the project will ship in February 2023.

The Radiance Adventure Engine: Turn any tabletop RPG into a solo game 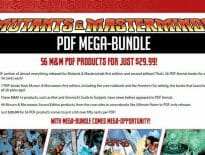 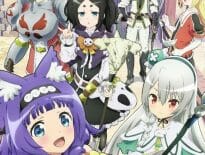 Anime Immoral Guild: Which guild did you sign up for?
wpDiscuzComment Author Info
Manage Cookie Consent
This site uses cookies 🍪, and links are ads that may earn bloggers some money 💰, and with this alert, I very much hope that these dark truths 🧌 are acknowledged.
Manage options Manage services Manage vendors Read more about these purposes
Preferences
{title} {title} {title}
Loading Comments...