This is Audio EXP for the 10th of September 2022, and the title of this episode is “NuTSR faces legal action and other highlights”.

[The following is a transcript of Audio EXP: #164]

It’s good news as I’ve got in touch, am speaking to Malaki, have the ball in my court and hope to get some questions over shortly. If there’s ever anything you wish I did ask RPG Spotlight winners, let me know, perhaps by email or on Discord.

Oh, the Discord, stuck in soft-launch since pre-pandemic days, had been flickering with a bit more life from me this week, but then the gremlins hit Geek Native.

The Daily Digest email stopped sending, and we created, finally a staging server to test the site. That upset Jetpack, a backup and security suite from WordPress, who tried to backup two sites.

After picking up the dominoes and fixing the site speed, I thought we were cool, but last night the Daily Digest failed again, and I think we’re back to stage one. Apologies if you’re annoyed by erratic emails.

Golly, I hope you’re not also annoyed by erratic podcasts, as there won’t be one next week. I’ll be in Manchester for Tabletop Gaming Live if all goes well.

That was shaping up to be an adventure. Rail strikes and a lack of flight meant I took the brave teenage option of booking a seat on a coach down. I’m an out-of-shape old git, so that would have been gruelling.

Then, sadly, the Queen died, and the UK went into mourning. I’m not a royalist, but that doesn’t mean I’ll celebrate death or ignore the good the Queen did.

Out of respect, the train drivers cancelled their strike. Does this mean I’ve tickets to Manchester? Well, it’s not been simple, and this is a podcast about highlights from Geek Native, so I’ll spare you the details and settle with; no podcast next week, and I’ll probably be somewhere else.

And speaking about RPG news, let’s briefly cover a story that made it into Routinely Itemised just before it was published. EN World writes up that Wizards of the Coast has requested an injunction against TSR.

That’s TSR 4 or 5 or something like that. The phase NuTSR to describe the devolving company seems to have stuck so I’ll use that.

The request to the Western District of Washington is to stop Justin Lanasa and the Dungeon Hobby Shop Museum from publishing their version of Star Frontiers New Genesis.

WotC points out the RPG is a rip-off of their Star Frontiers game, except NuTSR’s version contains racist and transphobic content. Screenshots leaked, which you must always be careful to trust, seem to vindicate their concerns. You could also argue that the social media behaviour of those involved provides supporting evidence, but it’s now for a Court to decide.

You might remember when Ernest Gygax got involved at the start of the project; he said he wanted the NuTSR to be free from politics. It’s the opposite, as NuTSR seems to be a political machine. There are many unfortunate sad truths now attached to the hobby as a result.

One sad truth is that the “no politics in my fantasy” movement seems increasingly synonymous with “No politics that disagree with my own” instead.

The other is that the Dungeon Hobby Shop Museum is caught up in this. Someone else might have paid tribute to the cultural legacy of D&D. Now, it seems to share hate on social media and try and sell playing cards for $25.

It’s a wonder anyone has the stamina to be a tabletop RPG professional with all this going on. Co-Founder and CEO of Paizo Lisa Stevens has shown great stamina, even battling on through a disease, stepping back a little to work part-time but keep on working.

In a recent letter, Stevens has now said she’ll retire. I think it’s well deserved, and she leaves Paizo with staff in a Union. That’s what most of the world would expect, but it’s pretty rare in the States. It’s good that Paizo’s employees have one.

There’s been a few other big names bowing out or saying they will, but one I wrote up was Scott Myer who is closing Workhorse RPG Studio.

You might know the name from the RPG Eyes Beyond the Torchlight or Olde Swords Reign. It’s good news for both, as each tabletop game now has publishers, Max HP and Fumble Table.

Both companies are brand new, and I wouldn’t be surprised if they were created to house the games.

We’re not going to talk about games not being published and people leaving the industry this week, though. Phew.

Let’s talk about something completely different, and let’s do Monty Python.

There might be touches of Python in that game. After that funds, and Kickstarter is happy all is in hand, the next RPG from the studio will be Monty Python’s Cocurricular Mediaeval Reenactment Programme.

That’s the official RPG. It would have been huge if this game had been published 20 or even 10 years ago. The market is so different that it’s hard to predict what will happen. I wonder how many Critical Role fans have seen any Python stuff?

For those in the know, it’s enormous.

If you want something new and without the wait, then you can buy Swords of the Serpentine this week. That’s Pelgrane Press’ Swords and Sorcery RPG powered by GUMSHOE.

I’ve only played a few GUMSHOE games, but I have always been impressed. The premise is that mystery and investigation games shouldn’t get stuck if players fail investigation roles or characters get stuck without the necessary clues. The system pushes on and suits Cthulhu horror and that sort of thing.

Applying it to fantasy is exciting, and I can imagine there are lots of court politics in Swords of the Serpentine. Pelgrane will have ensured it works well for fantasy high-action as well, though.

I also want to briefly talk about Kickstarters, one small, one gaining traction. The smaller one is Secrets of the Sun King, and I’m not highlighting it because it’s another 5e adventure.

I want to shine the light on the Secrets of the Sun King because it comes with an actual laser. Yep. This system has a tabletop terrain statue set up that emits a laser so you can bounce it around your dungeon set up with mirrors. It comes with mirrors too!

One other point to make, the price and shipping date look too good to be true. Often that’s a cautionary note.

The other project is Black God’s Kiss. This is 5e, OSR or its own standalone adventure system.

Black God’s Kiss is named after a short story from C.L. Moore, and Moore is the author who created the sword and sorcery genre’s first female hero. Moore, herself, was prolific in cosmic horror too. Yep, she was overlooked while writing, and I knew nothing about her, so she’s being missed now. I’m glad there’s at least interest in an adventure module to honour her work.

Sticking with a theme, The Witch from Mercury is a Gundam anime with a new trailer.

It’ll be the 43-year-old mech series’ first email lead, and Gundam is nearly as old as me. I like anime, but there’s much catching up for that hard-working industry to do with representation.

Oh dear, I think I just turned the good news, new things, section of the podcast into a moan. Time for some retail therapy! Actually, as we head to the conclusion, there are a few freebies to mention but let’s start with The Special Edition hardcover of The Silmarillion.

The Lord of the Rings prequel, not the notes that The Rings of Power are based on, but the official one certainly isn’t free, but this new slipcase edition is packed with firsts and Tolkien-drawn art and looks great without being overstated. Pre-orders are open.

There’s also a RockLove D&D matchup going on for class-based jewellery. Not my thing, but I see the temptation.

Now, let’s ease into the freebies and bundles with a Pay What You Want. It’s been out for a few weeks, but I recently covered the Backwater SRD and Quickstart. Pay What You Want to get an introduction to this gothic Southern post-apocalyptic RPG or use its system for your own games.

Entirely free to download and from Fat Dragon Games is Vallis Mortis Reference Guide. It’s two dozen pages for the game world used by the team and packed with great art. You can use it for any system, but it does have 5e character sheets.

Firelock Games have also published a free quickstart for War Stories. War Stories uses Free League’s Year Zero Engine and is upfront about being as war realistic as possible. I think Firelocks are more commonly known for their war games, so this makes sense.

Then, in bundles, and over at the Bundle of Holding, there’s Heroes Unlimited from Palladium Books.

Slightly late to the party with this one, but worth calling out since we’ve just had Star Trek Day is IDW’s Boldly Go comic book bundle at Humble.

On that note, beware of travel and WordPress gremlins. I won’t see you next week, but I will the week after. 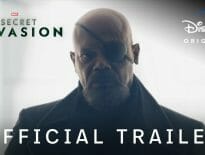 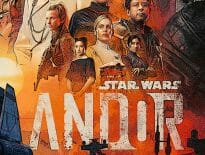