I’m guilty of not naming C.L. Moore among the pioneers of cosmic horror and weird fiction. I might name Howard, Lovecraft or maybe even Merrit but as Janaka Stucky points out, C.L. Moore was prolific and created sword and sorcery’s first female protagonist: Jirel of Joiry.

Now, named after a C.L. Moore story, rushing towards 1000 backers and well funded on Kickstarter, Black God’s Kiss offers 5e and OSR content, models, dice and gaming glory. You can find out more or pledge on the pitch page.

What’s been funded? Black God’s Kiss is a playable adventure module that works with D&D’s 5e and the OSR of Old School Essentials. Or, if handy, it’s also a standalone microgame for two players.

There are new rules for tracking the Loss of Humanity as you battle cosmic horror, and the setting brings an eldritch pocket dimension.

Based on the fantasy fiction of C.L. Moore, who stands as one of the great sword & sorcery and weird tale authors of the early 20th century, the box set contains everything you need to delve into the star-lit realm of the Black God—explore forbidden ruins, encounter wretched creatures, and retrieve a weapon of dreadful power … the Black God’s Kiss!

Undertaking an expedition in this pocket dimension will tax your body, your mind, and threaten the very nature of your soul. To survive, you must carefully make choices—managing your own humanity as a limited resource which diminishes by the hour. To succeed, you must not only confront the Black God, but the darkest recesses of your own shadow self.

Janaka argues, with merit, that it’s strange Moore isn’t in Gygax’s “Appendix N: Inspirational and Educational Reading” nor in D&D 5’s inspirations. I wonder if One D&D would, should or could look at this?

A digital edition of the game for 5e, OSE and standalone, along with the short story, gameplay map and all digital stretch goals, is the first reward tier. That appears at the $29 mark.

$59 adds the print versions of all the books and the map to the reward pile, bringing the physical stretch rewards.

The tiers go much higher, and dice, the print and PDF Encounter pamphlet and The Black God resin mini are all added at $89.

Higher still is a retailer bundle and an impressive $1,500 couple before topping out at $5000.

The estimated delivery for the project is September 2023. Oh, and unrelated to the Kickstarter, but in case it’s of interest – I found a highly rated Audible version of the story. 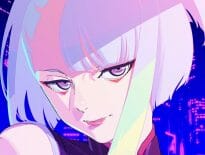 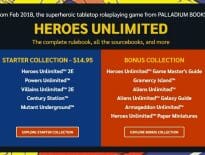