You are here: Home / TV / Andor: All for the Rebellion in the latest trailer

The Star Wars channel has just treated us to the latest September 21st Andor series trailer.

The three-part premiere puts the Rebellion against the Empire.

Andor will, of course, air on Disney+, who are making fine use of their Marvel and Star Wars purchases to support the growing platform.

The series is a prequel to the Star Wars spin-off film Rogue One (2016), and it follows thief-turned-Rebel spy Cassian Andor five years before the film’s events.

Diego Luna executive produces the film and reprises his role as Cassian Andor from Rogue One.

It’s expected there will be 12 episodes in total, with the last due on November 23rd.

Andor: All for the Rebellion in the latest trailer 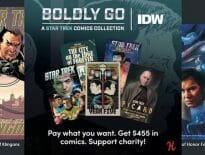