It’s been seven years since we’ve had a Gundam anime. The iconic mecha first hit the screen in 1979, making Gundam 43 years old.

43 years old, and we’re only now getting a series with a female lead protagonist as Crunchyroll’s Liam Dempsey points out.

There’s a new trailer and lots of shots of Suletta Mercury, our witch, voiced by Kana Ichinose. Kana has been Sasaki in Weathering With You and Ichigo in Darling in the Franxx.

The series is expected to simulcast outside Japan in October and is directed by Hiroshi Kobayashi (Kiznaiver, Spriggan) at Bandai Namco/Sunrise.

In an era when a multitude of corporations have entered space and built a huge economic system, Suletta Mercury, from the remote planet Mercury, transfers to the Asticassia School of Technology run by the Beneritt Group, which dominates the mobile suit industry. 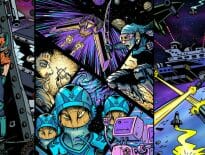 Tabletop & RPGs Nebula Chaos is a spacefaring RPG of scoundrels an… 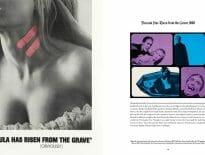