Treasure Troves Found is on Kickstarter with their first project, and if it is successful, there will be gamers with a laser-emitting statue as part of their D&D 5e-powered adventure.

It comes with roleplaying props, puzzles and a mirror system to bounce that laser through a dungeon. There’s a month on the clock and you can find out more from the pitch page.

Treasure Trove Found reassure potential backers this is not Warlock magic, and there are plenty of videos to demonstrate the technology. In truth, I think most gamers are familiar with it.

Will players be impressed? I think so. It’s different, at least, and note-worthy.

The video above was NOT the first prototype Sun King game we ever played, but all the dungeon and laser footage was shot in our dining room on my iPhone. The models and lasers are 100% real. No fake special effects unless you count the fog we piped in using a tabletop Fog Monster 2, but that’s a real thing.

The first reward tier is $39, aka the Sun Knight Level, though you can support the project for less. At Sun King, you get the 5e adventure, the statue with the hidden laser in the base, six mirrors, an exclusive card, a power crystal and the extras such as a scroll of secrets, burlap bag of holding, bronze sun necklace, role-pay and gift-ready package and stretch goals.

There’s even worldwide shipping, and I think this is a generous combination. One catch? It’s limited to only 200.

Then, lastly, at $59, there are two Sun King Pedestals to put the crystals on, an upgraded necklace and a larger adventure. This is the most popular tier but is also limited to just 150 places.

Incredibly, the estimated delivery is November 2022, which suggests everything is pretty much good go.

Secrets of the Sun King: An actual laser-powered 5e adventure 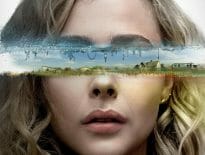 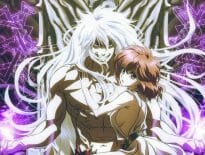