Hasbro, the company which owns Wizards of the Coast, has plans to buy D&D Beyond. It’ll cost them $146 million.

Imagine; Hasbro licensed Fandom to create D&D Beyond, and now, a few years later, they’re paying all that money to get it back, and it will also cost them all the royalties they’ve been getting from the license.

It might surprise those D&D players that their digital copies of D&D are part of a licensing deal that’s coming to an end.

Hasbro has not said, although it is assumed, that all previous digital purchases from D&D Beyond will remain.

Chris Cocks, Hasbro Chief Executive Officer (who was promoted to that position recently, previously being WotC’s boss), said in the official press release;

The acquisition of D&D Beyond will accelerate our progress in both gaming and direct to consumer, two priority areas of growth for Hasbro, providing immediate access to a loyal, growing player base. Hasbro’s gaming portfolio is among the largest and most profitable in the industry, and we continue to make strategic investments to grow our brands, including in digital.”

The release introduced that quote by making this point;

The strategic acquisition of D&D Beyond will deliver a direct relationship with fans, providing valuable, data-driven insights to unlock opportunities for growth in new product development, live services and tools, and regional expansions. As part of Wizards, the brand’s leadership will soon be able to drive a unified, player-centric vision of the world’s greatest role-playing game on all platforms.

The emphasis on unified is mine, and I’ve done so because it likely means Wizards of the Coast is eying tying D&D Beyond in with other projects, unifying them.

What could those other projects be? Just speculation, but;

That’s all made possible through digital unification, especially around logins and player/customer identification. The growth in digital tabletops is noted by the company, and they say;

… more than 80% of DUNGEONS & DRAGONS fans having already played the game virtually in 2021, aided by online digital platforms such as D&D Beyond, this acquisition accelerates the game’s ability to penetrate new markets, gather valuable consumer insights and provide players with the best DUNGEONS & DRAGONS experience on all platforms.

More than two years ago, D&D’s leadership had a clear vision and told the industry that the future of D&D is digital.

The company might face a problem because most D&D fans already have their D&D books. It might be possible to buy the D&D 5e digital core rules via D&D Beyond, rather than the DMsGuild or DriveThruRPG, but will anyone else and new buy them just because WotC now owns the platform?

Will anyone buy D&D books from D&B Beyond if it was the only way to use a potential forthcoming official D&D virtual tabletop? According to Geek Native’s survey, more than 70% of D&D players would refuse.

Subscription models and a virtual tabletop from Wizards has been foreshadowed for at least a year.

Wizards may conclude that if D&D 5e fans won’t buy digital books in addition to physical books, not after all this investment, a new set of core rules is needed. A new edition of D&D might provide fans with the reason and chance to start again and this time go (more) digital.

Wizards of the Coast’s purchase of D&D Beyond primes Dungeons & Dragons for its next edition.

Fandom, meanwhile, is still building its Cortex Marketplace but does have its own system. Fandom Tabletop publishes Cortex, and that’s an RPG system with titles like The Dragon Prince and Masters of the Universe attached.

What do you think? A painful but wise move by Hasbro and Wizards of the Coast? Does this do anything at all for the D&D 6e timeline?

Wizards of the Coast buy D&D Beyond for $146 million, but 70% of fans won’t buy their D&D books again 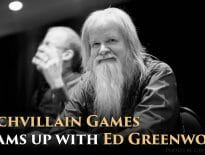 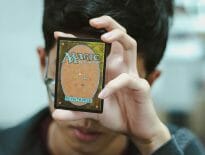