This is Audio EXP for the 25th of June 2022, and the title of this episode is “Cat RPGs, book tabs and corruption”.

[The following is a transcript of Audio EXP: #154]

The interview with Joseph Bloch is up on the site; he is the President of BRW Games and the man who took unpublished ideas by Dungeons & Dragons co-creator Gary Gygax, finished them off and published them.

Pretty cool, huh? You can read more about this, just a little, but with some other questions on the blog if you have time.

Speaking of time, it feels like yesterday since we spoke last. Hello, good to catch up with you again.

Has it been a short week for you as well?

But it’s also Pride. A time to celebrate being together because we’re all different, and that’s okay. It’s a time to recognise identity as a positive thing, not the corrupted tribalism which seems to be causing so much harm right now.

There is sometimes a silver lining if you know where to look. Perhaps not in some of these real-world horrors I’ve mentioned, but in the safety of tabletop games and fantasy, there often is, even with corruption.

Designer and founder of Valiant Fox Gaming John Yackel wrote a post for Geek Native this week. Valiant Fox is the publisher behind the frozen 5e setting of Fading Embers.

In a piece, we called Corruption might be unexpectedly wholesome in your RPG John explains some of the benefits of having it feature in your game.

I’m biased, but I think it’s worth a read. It makes me think of this week’s Star Wars Obi-Wan with corruption and redemption in equal measure.

We’ll get on to the usual freebies in just a second, but if we’re talking about sci-fi then I want to call out Studio Orange’s Home!.

That’s free to watch short anime about a man who lands on Mars on a research mission. He finds the crashed remains of a spaceship and, well, what’s in the spacecraft is best left as a surprise.

Home! was released to get some attention before the news that Orange had been working on remaking the old anime Trigun Stampede. That’s another redemption story, one set in a Western-Sci-Fi mashup of a world.

Not everything in life is free, though, which is why gifts are nice. I think big money was spent in the tussle that is the survival of retail in the post-Brexit, ongoing pandemic, and political turmoil of the United Kingdom this month. Geek Universe bought Prezzybox.

Prezzybox is a wholesome retailer that sells and will continue to do so with customised and fun gifts. I’ve used it before and without bother.

Geek Universe is the new name for the parent of Menkind, a company that previously bought Hawkin’s Bazaar.

The deal gives the group more retail clout and buying power even if much of their profit comes from in-house teams and economies of scale. I hope it secures the long-term future for all the brands involved, helping to protect jobs, but I acknowledge it’ll mean behind-the-scenes staff will face job cuts.

An example of the sort of gift you might find at Menkind, but which I’ve only spotted at Forbidden Planet, a rival, right now is the new and official D&D book tabs.

These plastic placeholders are fixed to the Player’s Handbook, DM’s Guide and Monster Manual. The idea is that you can more quickly find the rules or monster you’re looking for.

While the branded tabs aren’t that expensive, they did seem to spark a bit of cheek on social media. Why not use, you know, slips of paper or post-it notes instead?

But if someone wants to spend a few bucks to double down on their D&D vibe, why not?

Now, I mentioned freebies, and they’re even cheaper than D&D book tabs, so let’s look at those. This week’s first freebie might also be the first example of Wizards of the Coast playing with their new asset.

D&D Beyond gave away a whole chapter, digital, of course, of the forthcoming Journeys Through the Radiant Citadel.

It’s a small thing, an excellent effort and a natural one too. It also shows how powerful D&D Beyond could become if it persuasively pushes into the virtual tabletop space. It’s at the top of the discovery chain for so many gamers.

At DriveThruRPG, there’s a freebie called Zap the World! That’s the quickstart for a modern witch RPG called Hexengeddon.

Meanwhile, at the DMsGuild, Derek Griffoen has kindly written up years of homebrew monsters into a free Monstrous Menagerie of nearly 30 pages.

If we allow ourselves to splash some cash or plan to, one game to stalk might be Ulisses Spiele’s The Black Cat.

The tabletop RPG is out in Germany and apparently both good and popular enough for the publisher to get requests to translate it into English. That is happening, and there’s no release date, but we might all get to play as Awakened cats wearing boots and hats in the future.

If waiting isn’t your thing, and you can be very quick, then you might be able to grab the flash sale at the Bundle of Holding for Red Markets.

That’s a game of economics and horror. A zombie outbreak messes up the world’s economic system. Yeah, that’s a bit close to the bone, isn’t it? Characters are mercenaries taking jobs to survive.

Also on the Bundle of Holding is their largest bundle ever. That’s true if we’re talking about file size. The offer is Heroic Maps, and there’s pretty much 20 gigs of downloadable battle maps to feast on.

Over on Humble, and perfect if you have a lot of time to spare, there’s the Complete Talisman Collection. We’re talking 54 downloads for and including the digital Talisman board game.

Lastly, for Pride, and with a few days left on the clock only, there’s the Comics Are For Everyone bundle. There are hundreds of quid worth of content for a fraction of the price and a good cause.

And on that note, let’s wrap up there, enjoy your comics, and see you next week. 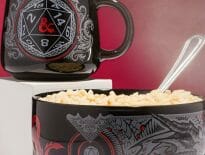 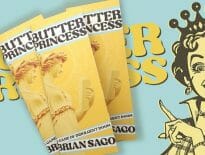