Gary Gygax co-created Dungeons & Dragons and sometimes talked about “what next…” for the game. Those projects didn’t always come to light.

In this RPG Publisher Spotlight, a project from Geek Native to shine light on publishers who might not otherwise get it, I speak to Joseph Bloch, who made one of those Gygax “what next…” projects real.

Thank you also to Geek Native Patreons, who nominated and voted for publishers, creators and other contributors to the hobby for the Spotlight. These site supporters voted BRW Games in for the focus of attention this month.

Podcast listeners are given weekly re-introduces to BRW Games and other Spotlight winners; the RPG news summary includes mentions, and there’s an archive page where the winners will live on.

An introduction to BRW Games

Over the years of running the RPG Spotlight, I’ve learned to start at the start. Shocking, right?

So, let me introduce Joe Bloch, the President of BRW Games and has kindly found some time to answer some questions.

Who are BRW Games?

BRW Games is myself and a number of artists, editors, and others who work freelance to help get our projects out into the world. We’re hoping to expand this year to expand our pool of writers.

The first product we published was Adventures Dark and Deep™, which was spawned from a post on my blog (www.greyhawkgrognard.com) about Gary Gygax’s never-implemented plans for a second edition of AD&D. I took all of his public statements about the changes he wanted to make, applied them to the 1E rules, and did a Kickstarter campaign to get the results into print.

What have you learned on the way?

The whole thing has been a learning experience, and I’m still learning 9 years later. On a practical level, I learned about the specifics of Kickstarter, and pricing, art direction, layout, and so forth. I’ve still got a ton of learning to do on all sorts of things, though, and BRW Games’ new products are constantly being changed along the way, hopefully for the better.

I think it’s a toss up between Adventures Dark and Deep and Castle of the Mad Archmage, which is my homage to Gary’s original dungeon.

Carrying on the general aesthetic of the early days of D&D.

What makes good D&D these days?

Gary Gygax might not have been able to do everything he wanted with D&D, but the game is still going. Why? Does Joe have a view as to what makes a good RPG?

It’s entirely subjective, of course, but I like products in general with a clean layout that’s easy to read, not overwhelmed by art (unless it’s absolutely necessary for clarity), and not stuffed full of so much ancillary information that it’s impossible to absorb.

Has that changed since you got started?

When I started 4th Edition was still in the future. Now 5th Edition has fundamentally changed the RPG landscape due to its immense popularity. VTTs and other online gaming options have really come into prominence, as well as the phenomenon of YouTube channels like Critical Role and others that have served to popularize the game.

Why do you think people still play D&D 1e?

I have no doubt nostalgia is part of it, and people sometimes tend to stick with what they’re comfortable with (for instance, I can run a 1E game without the books, purely from memory). But I think there’s also something innately attractive about the system itself. The modularity (as opposed to the unified mechanics that are prominent in newer games) gives DMs who are more inclined to “tinker” greater freedom to do so.

I always ask what’s coming down the pipeline. Publishers don’t always say, wanting to be coy and cautious. Joe found a happy medium.

Project Oasis is a system-agnostic post-apocalyptic setting. It throws together all sorts of different ideas from the 1960’s, 70’s, and early 80’s, from Planet of the Apes to Mad Max to Earth II, and provides a unified campaign setting that lets the GM choose the sort of game he or she wants to play. I went out of my way to make it not dependent on any single set of rules, so you could play it with Gamma World, Mutant Future, Apes Victorious, or any other post-apocalyptic game.

What’s next for BRW Games?

The next major book coming out is the one that was the subject of our most recent Kickstarter campaign; Swords of Cthulhu. It’s a rules supplement for Old School games that brings in Lovecraftian horror, with new classes, races, spells, magic items, and so forth. The art is coming in even as I write this, and we expect a release this fall.

BRW and Joe retail through DriveThruRPG so we can sort through to discover the most recent edits to the catalogue. 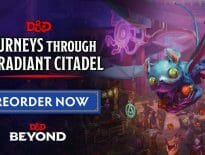 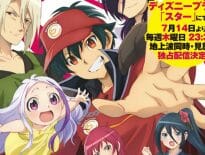