You are here: Home / TV / Anime / Vampire in the Garden attacks at midnight

Netflix’s Vampire in the Garden starts next week, which means time for one more trailer. It’s in English!

It’s so odd how sub versus dub divides people. It shouldn’t matter, but, well, having watched the subbed Vampire in the Garden trailers, this one now sounds all wrong to me.

Actually, the video is multi-audio which means you can click the cogwheel and pick the track you want. Pretty impressive.

The fateful meeting of a human and the vampire queen may change the world. One cold winter, humanity lost its battle with the vampires, and with it, most of where they called home. A small population of survivors created a wall of light in a small town to protect them and give them a place to live in peace. The protagonist, Momo, lives a repressed life but still wishes to coexist with the enemy, the vampires. Fine, the vampire queen, once loved humans and disappeared from the battlefield. As war rages through the humans’ town, the two have a fateful encounter.

Once upon a time, humans and vampires lived in harmony in a place called Paradise. This is the story of a young girl and a vampire on a journey to find Paradise.

Whereas, all Netflix says about this clip is;

Vampires attack the human settlement and Momo attempts to flee amidst the chaos.

What also has people’s attention is the combination of Ryōtarō Makihara (Hal, The Empire of Corpses) as the director with Hiroyuki Tanaka (Claymore, Hellsing Ultimate) as assistant director.

Vampire in the Garden attacks at midnight 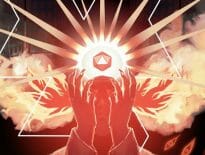 Tabletop & RPGs Goth Jumanji: Travel into your RPG with DIE 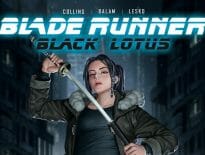