You are here: Home / Games / Tabletop & RPGs / Goth Jumanji: Travel into your RPG with DIE

It’s taken years, but now Kieron Gillen, Rowan, Rook and Decard with Stephanie Hans have the DIE comic on Kickstarter for DIE: The Roleplaying Game.

It’s pitched as “Goth Jumanji” as you and your friends are dragged into a fantasy world. Thousands love the idea and are backing the project. There’s a month to join and you can do it from the pitch page.

Rowan, Rook and Decard are supremely popular among the indie RPG crowd. The British company makes Spire and Heart and have been working with Kieron Gillen on DIE, designing it from the ground up.

The game begins on Earth before the fantasy begins. There are rules for playing short campaigns, long campaigns and conventions one-shots.

Furthermore, your DIE games are comic book canon. You’ll be part of the DIE universe.

The rough and read BETA version of DIE is out and free to download.

DIE begins on Earth, as the players create flawed, unique real-world Personas who gather together to play a roleplaying game. These obsessions are mined and externalised when on their involuntary adventure into the world of DIE. They’re not just going to a fantasy world – they’re going to their fantasy world, twisting their shame and frustration back at them. What do you do when the dragon speaks to you in the voice of your angry, long-dead father? What happens when the orcs taunt you with the same insults as your childhood bullies, now you’re armed with a greatsword? When your beloved ex-partner returns to you in the form of an emotion-draining vampire, will you resist them?

Backing the game at £20 is enough to be rewarded with the PDF copy.

Those who can step up to £40 with their support, as hundreds have, will get the DIE Hardcover and the PDF.

There’s a tier at £65 for backers who want the resin dice, a GM screen, and hardcover and PDF.

Then, at £80, there’s a deluxe edition or £100 for the deluxe edition, PDF, dice and GM screen. The ultimate pledge has sold out, which had obsidian and glass dice with art cards.

The developer team estimates fulfilment for November 2022, which makes it clear that they’re not hanging around.

Goth Jumanji: Travel into your RPG with DIE 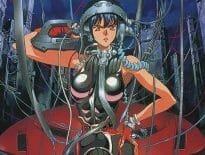 Comics All of it! Ghost In The Shell: Fully Compiled Edit… 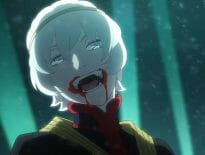