Re:cycle of Penguindrum is the feature-length recut of the surreal and magical Penguindrum series. That’s one when a penguin spirit grants a boon and exacts a price.

In fact, there will be two Re:cycle of Penguindrum feature-length animes, and they’ll be complications of the series but with some new footage. This trailer teases some of that new content for movie one while being set to movie two’s theme.

The song is Proof of My Existence by Etsuko Yakushimaru’s Yakushimaru Etsuko Metro Orchestra.

There will be 24 episodes squeezed in and enough new footage to introduce new characters.

The first film, Your Train Is the Survival Strategy, opened in Japan last month. I Love You, the next movie, opens in July.

The original series dates to 2011 and was helmed by Kunihiko Ikuhera of Revolutionary Girl Utena and Sailor Moon. Ikuhera is also at the helm of the feature-lengths and with Takayo Ikami as the scriptwriter. 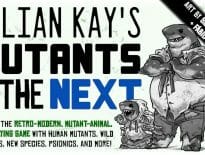 Tabletop & RPGs Teenage memories? Mutants in the Next TTRPG leans … 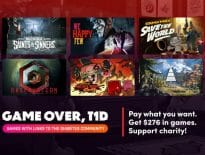