You are here: Home / Games / Tabletop & RPGs / Teenage memories? Mutants in the Next TTRPG leans into nostalgia for a Kickstarter

Once, there was a tabletop RPG about mutant animal warriors who fought ninjas and other enemies. These vigilante sewer radicals were from the 80s and 90s, and while the game had some significant problems with representation, it was important to me and others way back before we lost the license and the creator.

Julian Kay’s Mutants in the Next – Expanding the Mutant Animal TTRPG has no such license, mentions no specific franchise, but might be the spiritual successor to the game. The Kickstarter is asking for nearly $20,000 to fund and, with a month to go, is about halfway there. You can track progress from the pitch page.

Mutants in the Now was the first RPG in Kay’s series, and that found success on Kickstarter in 2021. As the name suggests, Mutants in the Next expands on that with more animals, mutations and baddies.

Sophie Campbell is involved, a writer and artist who worked on… Teenage Mutant Ninja Turtles, the comic book series from IDW. The Kickstarter story, and this blog post, has samples of the mutant fighters found in this expanded RPG.

Mutants in the Next expands the character material in Mutants in the Now, adding over a hundred new species, new mutations, new psionic powers, new fighting styles, new skill packages, new villain factions, and more! Moreover, it expands existing villain factions like the Proteus Corporation and Atama-Ryu, giving more setting details and foes for “mutant-meisters” to build stories with.

Mutants in the Next enhances and expands the core game, building on what’s there. It’s a 120-page cornucopia of material that’ll make Mutants in the Now weirder, wilder, and more exciting.

You can support the project with social shares and cash at any level. Backers who find $14 or more, which is about £12, will be thanked with playtesting access and the digital book of Mutants in the Next RPG.

At $23, backers will also get a physical book added to that reward pile plus any secondary content made possible through stretch goals.

Need a copy of the original Mutants in the Now? You can get digital versions of Next and Now in the rewards if you support with at least $28.

There are plenty of tiers, but skip up to $46, and you’ll find digital and physical versions of both books as incentives to support the project.

The top tier is $55, and the estimated delivery for any physical book is December 2022. The digital books may be out as early as October.

Teenage memories? Mutants in the Next TTRPG leans into nostalgia for a Kickstarter 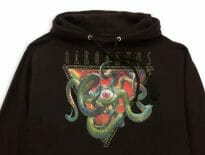 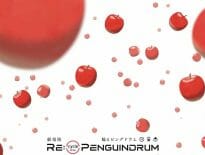