Still here? That means you’re about to chow down on the latest blast of mini-reviews from the colourful and crazy anime world. If you’ve access to a streaming site like Funimation Now or Crunchyroll then you’ve access to an absolute legion of shows to watch. It can be a challenge sorting the good titles from the bad titles. That’s why we scout. This article will take a quick look at five titles and surf up quick status reports on each. Are we still watching? Or have we given up?

Best of all is a chance to catch up with other Geek Native readers and share your own recommendations in the comments. Or pop over to the chat portal and see what else is being said on the site.

I hadn’t even noticed the transition between seasons in my binge watching. To a degree; this is a shame. It means I can’t say that season two isn’t as good as season one but that I hope season three picks up.

Sadly, season two and season three aren’t as good as season one. The show seems to have lost its magic touch. Is it because the Titans are now too commonplace? We’re used to their monstrosity? Is the plot falling to pieces? Is it just because that legendary opening theme is gone?

Spoilers have hit me for the next few episodes in season three, and they sound brutal. Perhaps that’s precisely what this now famous anime needs again?

What’s more important? People living safely in peace and quiet or people living a fair and just kingdom? Who’s to say what’s ‘fair and just’ in the first place? These are some of the issues ACCA explores.

ACCA is the alliance of 13 different federal areas. They used to be a single kingdom, but there was a threat of a coup d’etat, and so to maintain the peace, they split up. The anime follows one of the black-uniformed ‘inspectors’ who travels the land to make sure this separation under threat is working out. Known as “Jean the Cigarette Peddler” our hero makes life more awkward than it should be simply by being good at his job.

If you like politics and plotting, then ACCA is one for you. The character art is eclipsed by the scenery art. The small details of the plot are less important than the big picture. Somehow, though, it works for me.

Status: Cautious recommendation as I suspect it has a narrow appeal
Where: Crunchyroll | Prime Video (free trial) | Amazon | Funimation

Saga of Tanya the Evil

On one level the Saga of Tanya the Evil is a magical girl anime. It’s just that the magic girl in question is in an army that appears to be based on Germany in a World War II era (but more like Germany of World War I). On another level, the Saga of Tanya the Evil is about a Japanese man who dies. He then rejects God and is cursed with keeping his memories and being born again into the body of a girl to live life through a horrible war.

That’s a mouthful, isn’t it? Is Tanya evil? She’s undoubtedly ruthless, but her primary goal seems to be left alone. It’s just that failure isn’t an acceptable way to survive the war, avoid punishment from her superiors or continue her rejection of the powerful being that haunts her. And so Tanya becomes the feared leader of the magic squad that she becomes.

I’m neither much of a military geek nor a magical girl anime fan, but I enjoyed the Saga of Tanya the Evil. There’s no fan service. There’s no hiding the horrid reality of war. Despite the magic, every action and reaction in the plot makes sense, and I enjoyed the tactical and strategic challenges.

I think that unless you dislike military animes, then you’ll likely to be intrigued by the saga too.

Black Bullet is better than it sounds. How does it sound? Young agents are given “Cursed Children”, always female, as weapons by which to fight monsters.

This is a look at a dystopian future where bioengineering and hubris have reduced humanity to a tiny bubble, hiding behind technology from a world overrun by monsters created by a deadly virus. Given the edge to that, the fact that the so-called heroes and their girl-weapons carry the weight of some barbed social commentary.

It’s a better plot than expected too, with tension and careful pacing. Black Bullet was a much better anime than I thought it would be.

Rokka – Braves of the Six Flowers

Rokka – Braves of the Six Flowers has one of my favourites reveals in anime, and I can’t tell you what is because it’s a spoiler (albeit a widely known one!).

I don’t often see Rokka chat on forums, I’ve never seen Rokka cosplay but I can’t call this a secret gem because over at Crunchyroll the anime has had a staggering 3,000 (or so) reviews and scores 5/5 stars.

There’s an evil god awakening, and so six braves must travel to defeat it. Except they don’t quite get all the way there and become bogged down in an action-mystery that could only be told as anime.

That’s a wrap for the latest issue of Irregular Reconnaissance. With a bit of luck, you’ll find an anime you’ve not heard of to watch or will now rescue some of your time by avoiding the series.

As ever, please share any recommendations of your own or pop over to the chat portal to keep up with the discussion on the site. 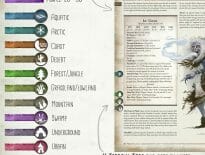 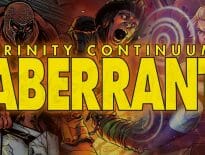