Fateforge, the 5e setting, is the most funded French RPG ever. The Creatures book took in €500K and the Encyclopedia €700K.

Impressive work from Studio Agate, but it doesn’t stop there. Shadows of Esteren, the dark fantasy, has the most awards.

It’s been tough, though, and the latest release represents six years of work for Fateforge alone.

Failure in 2021 looked likely, in what the Studio has called “dark” and “changing times”. How did they survive the logistics crunch and lockdown? The publisher was blessed with a further €100K in crowdfunding support. I think that is a tribute to both the quality of the books but also the strength of the community.

There are four projects already announced for 2022 and Creatures: Netherworld – Monster Compendium & Toolbox for 5E is slated for a May 2nd Kickstarter. Dearg, Season 2 for Shadows of Esteren should be live on Kickstarter in the Winter.

Geek Native has learned that another secret project is brewing and that Agate will announce it soon. I’ve been unable to pry any more information out of them except for a cautionary note about the current printing crisis that might cause further delays.

A blog post yesterday confirmed backers have their pledges and so those new Fateforge books will hit retail.

It’s a similar story for Shadows of Esteren, now that backers have their rewards, the books are heading to retail. 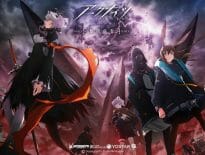 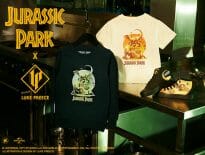