You are here: Home / TV / Anime / The dawn of transmedia battles: Arknights: Prelude to Dawn

Arknights is an upcoming TV anime for a transmedia project. There’s no release date, but the in-game event “Near Light” is tomorrow (28th).

The animal-eared warriors of Rhodes Island are at the dawn of a battle. The website for the Arknights franchise is in English and hefty.

The game itself is a tower defence one with characters/operators as the so-called towers to protect.

Arknights is set on a dystopian and post-apocalyptic planet called Terra, where people have animal and mythological features and natural disasters fuel an infectious disease. That disease, which is 100% fatal, also allows those suffering from it to use magic.

There’s even an animation for the mobile game.

There’s more planned if a mobile game and anime aren’t enough. A spin-off called Arknights: Endfield is developing and expanding the franchise to PC and will be on mobile.

It’s a Chinse game, made initially by Studio Montagne and Hypergryph, with Yostar moving in for 2020.

The dawn of transmedia battles: Arknights: Prelude to Dawn 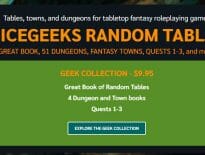 Tabletop & RPGs Someone just rolled up a Flash deal on Dicegeek&#… 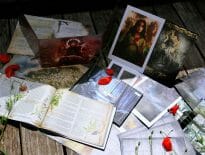 Tabletop & RPGs Studio Agate has a secret project: France’s …
wpDiscuzComment Author Info
Manage Cookie Consent
This site uses cookies 🍪, and links are ads that may earn bloggers some money 💰, and with this alert, I very much hope that these dark truths 🧌 are acknowledged.
Manage options Manage services Manage vendors Read more about these purposes
Preferences
{title} {title} {title}