Look elsewhere, go diverse, seek out interesting ideas, and find them. Mexico’s Draco Studios has a Kickstarter for Dragonbond: Endless Sagas due to launch on October 31. If it’s successful, the 5e-setting and ruleset will hit retail in Q4 of 2023.

The self-contained set of 5e rules, sourcebooks and adventures will create a tabletop RPG in which characters can form symbiotic relationships with dragon companions.

The system will allow both the PC and the dragon companion to grow to level together. It will also ensure the DM does not need to worry about maintaining party balance even as that happens.

Dragons, in Endless Saga, will also be the antagonists and influence the epic events PCs will get swept up in.

Draco Studios has already established the Dragonbond setting, and previous Kickstarters have laid the groundwork. There’s even a board game. There’s an open beta for the RPG, which requires you to fill in a Google Form.

There’s an impressive team lined up for the tabletop game.

I’m thrilled at the opportunity to work on a project with such a rich world and unique lore. In Dragonbond, dragons take center stage alongside the heroes, as both terrifying antagonists and powerful allies. The chance to create a connection with such a legendary creature presents opportunities for deep storytelling and powerful, epic abilities.”

Wizkid and Pazio artist, Tom Babbey, will be illustrating, and there will be features from Steve Prescott, Daarken, Tyler Warpole and Jason Engle too.

The core rules will require three books; the rulebook, Gazetteer and Dragonbond Bestiary. If the Kickstarter goes well enough, a six-book campaign called the Tyrant of Cursed Coast will also be produced.

The rulebook will detail character generation, races for the setting, classes, alignment, Vaala magic, and the 5e-compatible dragonbonding. There are also world-specific rules and tweaks.

That world, Valerna, is brought to life in the Gazetteer, as will the Hollowdepths underworld, the Null, the red moon Drakha and the lore of the Dragonbonded.

Lastly, dragons and other creatures such as Skorpikons, will be packed into the Dragonbond Bestiary. 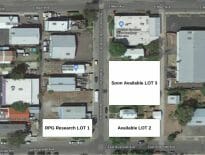 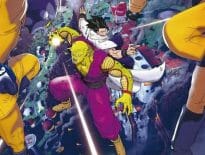