Titan Comics is launching a manga imprint called, you guessed it, Titan Manga. The launch title is something special; a new edition of Takashi Okazaki’s Afro Samurai Volume 1.

Titan Manga launch title, which they’re calling the director’s cut, is available for pre-order already on Forbidden Planet and Amazon although it’s not expected until July 26th. Neither retailer has the cover, and you can see that here.

Celebrating the 15th anniversary of the Afro Samurai, which featured Samuel L Jackson, the new manga edition is remastered, given a new cover and a foreword from Takashi Okazaki.

The story is inspired by American pop culture and set in a future Japan. It’s a Japan that’s become feudal again and a dangerous, violent place.

The young samurai witnesses his father’s death, challenged by a gunslinger called Justice who wanted to move from being the Number 2 killer to being Number 1.

En route to the final showdown, the warrior must battle warlords and assassins before taking on the Empty Seven Clan. Okazaki has described it as his best work.

Not only did the AFRO SAMURAI manga have a huge impact on me personally at the time, the aftershock from Okazaki-san’s stone-cold classic is still being felt in today’s anime and manga cultures. Effortlessly cool with beautifully choreographed bloody mayhem – like Kurosawa exploding through a Tarantino lens – it was always going to be our number one choice to launch Titan Comics’ spectacular new Titan Manga imprint.”

Gonzo Studio made the 2007 anime series with Samuel L. Jackson as the samurai and RZA providing the soundtrack.

Titan has been pushing further into geeky territory in 2022. As well as launching the Titan Manga imprint, Titan Books signed a deal with Free League Publishing on a shared Alien universe in which the official Alien RPG lines up with official Alien novels. Andrew Gaska’s scenarios for the RPG will appear in three stories. 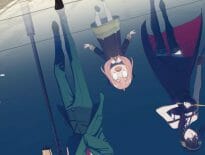 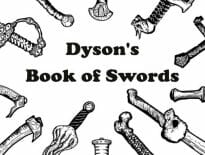