You are here: Home / Books / Comics / Critical Role and Darrington Press tap an Eisner-nominated creator for the Syndicult RPG

The game comes from the mind of Matthew Mercer, the group’s long time GM. Darrington doesn’t say much else about Syndicult beyond listing it as an upcoming game. However, they show us with a comic panel as a teaser.

The comic panel shows an ornate and apparently poorly guarded box. There’s a smartphone icon on the panel and someone talking about “data”.

Does this suggest some sort of modern game?

There’s a strip of credits on the art, too, with the artist named Ryan Best and lettering Micah Myers. There’s also a writing credit for Jeremy Melloul.

That could be the same Jeremy Melloul who wrote 19 Wandering Shops & Shopkeepers with Charles Hensley. That’s a 5e collection of rules available via the DMsGuild.

That’s just one of very many projects Jeremey has worked on, and the Platinum Bestseller Heroes & Villains of Theros may be the best known.

Does that mean Syndicult will be a 5e? No. It doesn’t even imply Jeremy is writing Syndicult the RPG with Matthew Mercer. If this is the same Jeremy, he’s still an Eisner-nominated comic book space as a translator, film and TV writer, and sci-fi & fantasy author. It’s entirely possible that the writing expands no further than the associated comic book. 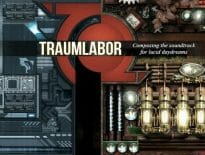 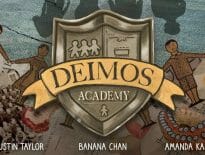