You are here: Home / Games / Tabletop & RPGs / Modiphius and Asmodee USA partner up on Skyrim and James Bond deal

You can already pre-order Skyrim – The Adventure Game on Modphius’ site, after a successful crowdfunding campaign.

The team at Modiphius Entertainment has a great understanding of what makes these licensed products unique and appealing to fans of the franchises and board games alike. We are looking forward to bringing these titles to our customer’s tables, so they can have some truly amazing adventures.”

Modiphius acted as a distributor for other games, even offering the services to other publishers. Geek Native speculates that it’s the potential success of both games, two giant franchises, that has resulted in the Asmodee deal.

In fact, CCO and co-founder of Modiphius, Chris Birch, tackles that in his comment to the press. Birch says;

The James Bond 007 and Bethesda’s Skyrim franchise are such massive entertainment brands that we wanted a partner that could get them on the global retail map.”

Both games are due out this year, with Asmodee suggesting Q3 for each.

The Modiphius deal is one of many that Asmodee USA announced this morning. Also revealed by the shipping giant is; 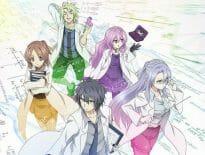 Anime The anime “Science Fell in Love, So I Tried … 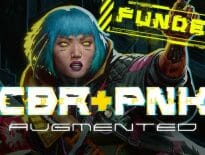