You are here: Home / TV / Anime / Life is hell, which is fun: A review of Jujutsu Kaisen 0

What’s a horror anime? Well, rather than superheroes fighting supervillains, there are magically empowered warriors fighting demons and their allies.

Except, the demons are the manifestation of curses – negative human emotions. Those magical warriors tend to have afflictions or angsty problems of their own.

Scenes, therefore, flick between brooding Japanese horror style build-ups and high-octane action. Imagine sneaking through a creepy warehouse only for a brutal battle to break out after the jumpscare.

The formula works, and Jujutsu Kaisen was a lot of fun. The series was over quickly, but Studio MAPPA has finally confirmed that Season 2 is slated for 2023.

Jujutsu Kaisen 0, as a prequel, doesn’t include the main character from Season 1 but is filled with familiar faces.

Jujutsu Kaisen begins with a creepy school and quickly gets there with Jujutsu Kaisen 0. The writers aren’t shy about relating teen-school-angst with cursed-warriors fighting against the odds.

There’s a scene in which the central character literarily escapes school. That’s the scene that marks the transition from their old life to one which might be better.

Life is hell, especially school. There would be fewer curses in Jujutsu Kaisen’s own lore if life was kinder. Someone else’s petty vengeance might create a curse that settles invisibly around your throat.

Life is hell, and those in authority don’t always help. Another theme in Jujutsu Kaisen is that people who could help don’t always choose to do so.

Satoru Gojo chooses to help. He’s the protagonist’s mentor from both the series and the movie. He’s a rebel who thumbs his nose at authority, yet he’s also part of that authority. In Satoru, we get a character who symbolises some of the carefully balanced contrasts in the show, and it’s great to see him in the movie. Like Lady Justice statues, Saturo is blindfolded.

And let’s use Satoru Gojo to segue into lighter topics. The characters in Jujutsu Kaisen fight to make the world a better place.

Ah, forget it. There’s not that much light in this horror – as one of the characters fighting to make the world a better place is a horrible magical racist, and their idea of “better” is certainly not one that we mere humans would want! An excellent villain.

But there is some hope. In particular, our hero Yuta gets to meet Toge, Maki and Panda and earn some loyal friends. Making the world a better place through hard-fought fights and loyal friends is a wholesome stalwart of anime, and these three are avatars of the principle.

I liked all three of these characters, who aren’t the main feature in the series, already. Jujutsu Kaisen 0 helps layer each one, especially Toge, bringing them closer to us. I’ve more skin in the game with these three now and, probably as planned, more reasons to worry about their future in the dark and deadly cursed-world.

Whether the conclusion Jujutsu Kaisen 0 is hopeful or not is a matter of debate.

A girl is killed by a car, but not before promising to marry her best friend and our hero.

The result? A ghost. A curse. A haunted young man who, trying to deal with this murderous spirit, retreats as much as he can from life. He gives up hope, and his life is hell.

Then Satoru Gojo helps, and Yuta Okkotsu is enrolled in sorcerer school, bringing Rika his personal curse with him.

Our antagonist is Suguru Geto, expelled from the school, but not before truly mastering his ability to control curses. Suguru is a racist and has no time for mere mortals who can neither see nor influence the supernatural elements of our world.

It’s just like an anime to have privileged people battling to save those less fortunate than themselves. Jujutsu Kaisen 0 touches on this through the usual route of noble clans. Jujutsu Kaisen 0 also benefits from everyday people falling victim to curses but working hard to help others despite suffering themselves.

The one moment of cringe, just a brief one, is when the one-and-only African-American character appears, is just a spec on the horizon and when nothing is known about him. He is immediately referred to as “the foreigner” by one of the heroes. Oops. That was the English translation in the subtitles anyway; maybe the original Japanese has more nuance.

As I said at the start of this review, Jujutsu Kaisen makes the juxtaposition of action and creepy horror work. Like the series, the movie leans more heavily into the action.

The move sets up a creepy scenario, some creepy monsters and some creepy implications and then sets about kicking arse through team building and magical arts. It’s a lot of fun.

Despite being carefully sewen with points and reflections on friendship, society, responsibility, and honour, it’s not an academic vibe. Maybe those things tend to be present in most battling animes anyway.

The vibe here is of determination and strength. Anime fans will know and expect this, will likely appreciate this, but with Jujutsu Kaisen who have the added spice of knowing that maybe not all the heroes will survive.

It’s a sit-down, buckle up and enjoy sort of vibe. It’s a put it on a t-shirt and geek out vibe. It’s an “I’m gonna use that move in my TTRPG fight” vibe.

It’s a no-brainer. Liked the show? Watch the movie!

Not yet seen the show, but suspect you might like it, then watch the movie. Jujutsu Kaisen 0 is a good starting point, even if it’s an alternative introduction to the world of sorcerers, then the series.

Unusually, delightfully, there’s also the chance to see all this wonderfully animated action on the big screen. This month, it hits cinemas and details are at Crunchyroll Movie Night.com.

Overall? Watch this and watch out.

Life is hell, which is fun: A review of Jujutsu Kaisen 0 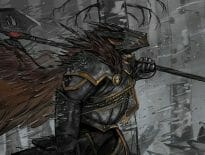 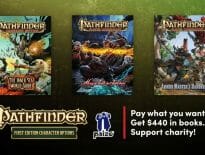