You are here: Home / TV / Anime / The Jujutsu Kaisen movie is coming to UK cinemas

Sony’s co-owned streaming platform Crunchyroll has not only picked up the feature-length Jujutsu Kaisen prequel, Jujutsu Kaisen 0, but will also take it to the big screen.

The horror-action anime of battling wizards and curses will reach UK cinemas after the movie’s March 18th United States release.

We’ll follow the nervous high school student Yuta Okkotsu as he signs up at a strange school.

Yuta’s friend, Rika Orimoto, was killed in a traffic accident right in front of him. Her cursed memory comes back to haunt him, leaving the youngster shaken and under the guidance of Satoru Gojo.

When we both grow up, we’ll get married.”

After the encounter, Satoru introduces Yuta to the Tokyo Jujutsu High School and to a dangerous world of angry spirits.

The anime series Jujutsu Kaisen mixes martial acts action with supernatural-style superhero powers as the fighters attempt to hold back the plague of curses that infected humanity, which are made manifest as demon-like creatures.

The feature-length has a running time of 105 and has not yet been rated.

The Jujutsu Kaisen movie is coming to UK cinemas 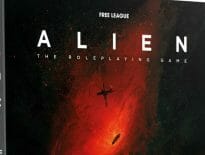 Geek Stuff The Alien RPG will explore Heart of Darkness 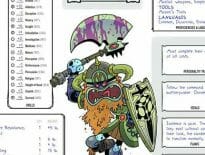