There are Naruto ninja and Pokemon copies in the trailer for Skeleton Knight in Another World, but the main takeaway is that the adaptation isn’t going to hold back.

The show is coming to Crunchyroll, and that’s expected to happen around April when Skeleton Knight premiers in Japan.

Studio KAI and Hornets are involved with Girly Air Force’s Katsumi Ono as the director.

It’s another Isekai. Seven Seas have the license to publish the English language of the manga, and that’s available at comiXology.

One day Arc wakes up in the world of his favorite MMORPG… and discovers that he’s become exactly like his game character, a heroic knight who just so happens to be a skeleton! The whole skull-for-a-head thing is maybe going to be a problem. Arc resolves to keep a low profile, lest anyone mistake him for a monster, but he can’t quite manage to turn a blind eye to the troubles of his new world. Adventure awaits, and the Skeleton Knight will be there to meet it! 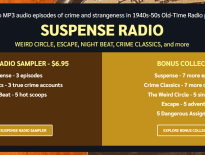 Sites Suspense Radio for the winter chills as Bundle of … 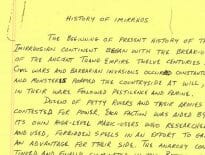