The Phantom Thief can steal anything they want and are a mystery. Their gender, age and history are unknown, but they are believed to travel by airship with Joker and RD.

Queen has their sites set on the “Rose of Linden”, a jewel so unique it is believed to be cursed. What goes wrong? A strange circus gets to the treasure first.

The series is due out in the summer of 2022 once it’s finished by Fish Studio.

The writer of the respected anime Ascendance of a Bookworm, Kumiko Kawashima, whose latest project Orient is nearly with us, is scribing the anime for Saori Den (Pokemon) to direct.

Pony Canyon will distribute the series, so it may come to a streaming platform.

Queen will be voiced by Yuga Yamato, who played Tuxedo Mask in the Sailor Moon stage play and was an otokoyaku for the Cosmos Troupe. Kazuki Katou (Kento Aizome in B-Project) is Joker, and Yuma Uchida (Miguno in Beaststars and Rumune in Dr Ramune) is RD. 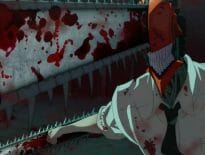 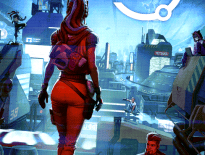