The league table below shows the best selling RPG products made available on DriveThruRPG this year and which the designers have tagged sci-fi.

If you’ve been following the series, as we did yesterday with modern RPGs, you know there are lots of niggles. What’s even an RPG product? What if company X published a game at the start of the year only for company Y to pick it up later? Are these really sci-fi?

All good questions and the Gordian Knot solutions are that we have because OneBookShelf’s database says so. Obey the computer. More seriously, it’s entirely up to the designers if they think the game is sci-fi enough to be tagged as such, and the publisher credit goes to whoever publishes the game now.

Congratulations to Modiphius for taking the top two spots with Dune RPG and Fallout. In total, the British publisher gets 4 mentions. Mongoose, also based in the UK, makes for as well with 2300AD edging ahead of their 2022 Traveller update.

There are some familiar faces with Catalyst, Cubicle 7 and The Gauntlet, who have made other genre tables this year. In the case of The Gauntlet, it’s The Between that’s been listed several times. That shows the scope of the RPG.

SCP The Tabletop RPG by 26 Letter Publishing is a good example of an unexpected hit, but not undeserved, as are Hard Wired Island by Weird Age Games and Cepheus Deluxe by Stellagama Publishing.

I’m confident that these league tables carry sufficient weight and importance to be interesting, and they’ve certainly provoked enough discussion.

However, it’s important to acknowledge there are other routes by which RPGs can be bought, and they’re just as valid. These tables aren’t an attempt to summarise the “best RPGs” of the year, just the best selling at DriveThruRPG.

It’s thanks to DTRPG that this data is available. I don’t get any more details than you can see above and have access to nothing sensitive or commercial. 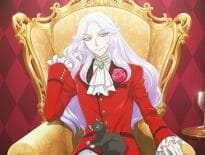 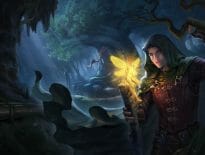