You are here: Home / TV / Anime / Shaman King gets a part 2 trailer ahead of its return

I started Shaman King and, well, maybe I’ll get back to it. I’ve at least been motivated enough to watch the trailer for part 2 of the first season.

It seems to be a closer match to the manga, albeit progressing at a pace.

Shaman King will return to Netflix for December 9th, and we can speculate it’ll have maybe 13 episodes in it. Netflix hasn’t said, but that would match part one.

It’s a show wherein some people can see, control, or be possessed by spirits, whereas others cannot. Every 500 years, there’s a tournament battle, the Shaman Fight, to see who becomes the Shaman King.

The Shaman King can shape the world, and one of the baddies wants to use that power to destroy it.

The Netflix anime has a strange tone at times. Sometimes dark without apparently knowing it. Sometimes brooding randomly. Its visual style is perky, despite all those undercurrents, so it may well just be a call to the pathos of the young.

Kodansha Comics is to bring Shaman King & a Garden to ComiXology. It’s a spinoff with a focus on some of the supporting characters;

The women of Shaman King are no pushovers, and the trio of Canna, Matilda, and Marion are no exception! Find about the origins of this team in SHAMAN KING & a garden!

Shaman King gets a part 2 trailer ahead of its return 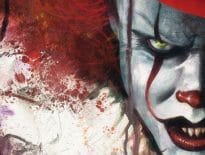 Geek Stuff Just messed up: Evil clown Pennywise would get $15… 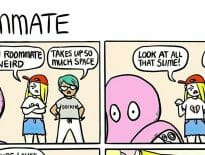