You are here: Home / Geek Stuff / Just messed up: Evil clown Pennywise would get $15k per Instagram post

Do you follow Geek Native on Instagram? I can honestly swear that no (real) brand has reached out to ask for pictures of dice, or games, or whatever they think geek natives might be interested in.

That’s not the same elsewhere. Some Instagram users, influencers, if you must use the term, get paid to post. I’m sure they put a lot of effort into each artfully staged snap, and they also get paid for it. Hopefully, remember to disclose the fact.

That’s all sorts of good, with a touch of concern here and there, but I see no problem with independent content creators making money, perhaps even a living.

But a supernatural killer clown? That’s not happening, but Pennywise would be the top Instagram horror influencer and earn $15,000 per post in an alternative and messed up world.

How do I know? Research by the electrical retailer Currys and their media team. Maybe the same people who pay influencers.

I’m not sure it gets any better. If you think $15,000 for a murder clown to photograph their red balloon is bad (who’d pay for that anyway?), then wait until you see what The Joker could pull in.

Superheroes and Villians as influencers

That’s right, the Currys logic suggests Batman’s nemesis could make $102,000 per IG post. I can almost believe it. Household security companies flirt with the idea of using The Joker to scare affluent Gotham neighbourhoods into buying the latest alarms and lockdown tech.

Spider-man, who is in second place in the Superhero and Villians league, would earn $72,000 per post. This, at least, is thematic, and Spidey does “help” Peter by selling images.

Currys also looked at computer game characters. Pleasingly, Pac-man does pretty well and, in this weird alternative world, would make $30,000 per sponsored post, and Pikachu would earn a little more. Go, team yellow.

However, it’s team blue; Sonic reigns at the top of that chart, with an estimated influencer power of $67,000 per post.

Currys looks at other niches, including Christmas movies, but I think the best is right at the bottom of the page. Here’s horror.

But do you know who Currys put in 15th place? Earning $590 per post is Sadako.

Sadako Yamamura is the vengeful ghost from the Ringu/Ring series. She’s a character who gets to you through… that’s right, videotape (at first) and images. What a perfect Instagram match.

By the way, I dug into the methodology and Currys/marketing team used for this “research” and they cite an “unspoken industry standard rate” of $100 per 10,000 followers. Allow me to speak it for you… 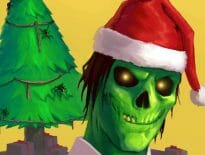 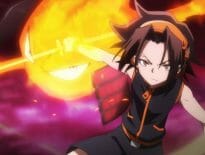 Anime Shaman King gets a part 2 trailer ahead of its ret…
wpDiscuzComment Author Info
Manage Cookie Consent
This site uses cookies 🍪, and links are ads that may earn bloggers some money 💰, and with this alert, I very much hope that these dark truths 🧌 are acknowledged.
Manage options Manage services Manage vendors Read more about these purposes
Preferences
{title} {title} {title}
Loading Comments...