You are here: Home / Games / Tabletop & RPGs / Red Giant RPG: The dark torture of anime like Berserk, Claymore and Vampire Hunter D for the tabletop

I’ve liked what Rookie Jet Studio has done before, taking anime and turning them into system light but heavy on the atmosphere games with projects like OverArms (JoJo-style) and Gimmick Zero (like Bubblegum Crisis and Metaman Zero).

The latest project leans on darker, more brutal horror-action anime like Berserk, Claymore and Vampire Hunter D, but as the photographs of the nearly finished book show, Red Giant is still very much about the aesthetic. You can join in, watch the numbers or find out more about the campaign on Kickstarter.

The campaign is funded already, within hours. Rookie Jet asked for $1,500 and have already smashed through $8,000. I’m pleased, but not sure how surprised I am. They’re good, but I didn’t know they also had reach.

In the setting, the sun casts a blood-red glow from its cursed remains. The horrible light that reaches down to the planet and the horrors that walk there now.

The game uses the same system as OverArms, dice for stats (i.e., one stat has a d4, another a d6, etc.) and rules that focus on character generation and combat.

Red Giant, however, also introduces a Sanity system along with a Survival system as both become rare commodities.

Rookie Jet also offers two complete scenarios and a map creation system, one that uses hexes, in the package.

Red Giant is a rules-light Tabletop Role Playing Game influenced by anime, video games, and manga such as Vampire Hunter D, Berserk, Castlevania and Claymore. Red Giant aims to be the de-facto tabletop RPG to recreate the various themes, dynamics, and scenarios seen in these types of media and bring them to the table.

A pledge of $15 is rewarded with PDF copies of the Red Giant RPG and character sheets.

At $20, a print-on-demand coupon is added for the softcover. That gives you at-cost printing, so you still need to pay for the printing plus shipping. Then, at $25, that coupon is upgraded to a hardcover edition.

The limited-edition hardcover? It’s the same approach; $30, and you’ll get a coupon to enable you early and slightly cheaper.

Other tiers include bundles and retailer options. Fulfilment is slated for February, but the book is almost finished, and Rookie Jet suggests we might get there earlier.

Red Giant RPG: The dark torture of anime like Berserk, Claymore and Vampire Hunter D for the tabletop 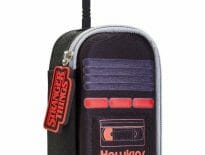 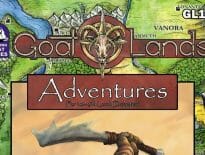