Over Arms is a lightweight RPG from Rookie Jet Studio, which I backed on Kickstarter and which I thoroughly enjoy.

Although I find it hard to describe.

You see, Over Arms is full of contradictions that shouldn’t work but do. I’ll give you some examples. Straight up, Rookie Jet argue that part of the fun of RPGs is the randomness of rolls versus the strategy based on using your character’s abilities to defeat them.

Usually, when I see such observations, they foreshadow complex systems, a lean towards simulation, and an RPG that challenges you to master it. That’s not the case in Over Arms; the engine is light, quick and abstracted.

Here’s another. The whole premise of Over Arms is that it invokes anime like JoJo’s Bizarre Adventure and Persona, and yet the RPG waves away all but one effort to create a setting.

Anima are powerful entities from another realm attached to unique individuals in our world (or any world you want, since Over Arms has no setting).

Only other Anima users can see other Anima; they’re invisible to everyone else and invulnerable.

Anima is super-powered and capable of incredible feats and by summoning them, then so are the Anima-users. However, there’s a weakness in that attachment too. Damage done to one of the partners is done to the other.

To check whether your character is successful in an action, and there’s a chance of failure, you roll the character dice assigned to the relevant stat and need to equal the target number assigned to the situation.

An easy challenge has a target number of 4 (which gives you 25% of a chance when rolling your lowly d4), difficult 8, and the chart of suggestions goes up to 20.

Here’s one of the lovely ideas in Over Arms. If you spend 1 Anima Point, then you can act in Junction with your Anima. If you’ve seen any of the anime that inspired the game, you know the scene, JoJo punches a baddie and superimposed with him is the purple ghost that is Star Platinum, and together, they send their foe flying.

In Over Arms, when you make a Junction roll and with the guidance of the GM, the character and Anima dice are combined. That’s why 4 is considered an easy challenge. Even if you and your Anima are as weak as possible in this combination. 1d4+1d4 to equal 4, a 50% chance of success.

You can also add bonuses from items and Relics.

There is a cost. If you run through your Anima Points, then you become fatigued and pretty useless. These Junctions are also the only time Critical, or Fumbles are possible, which occur if both dice show maximum or minimum values.

I think part of the charm in Over Arms is coming up with a clever combination. For example, your character might be smart enough to think about finding a weak spot in your opponent, and the Anima your character uses can be strong, so an Int+Pwr combination wherein you work out what to hit on your foe is a good one. Or you might try to lift something you can’t reach, channelling your Anima to do so, and that’s an Str+Rng check, your strength and the Anima’s range.

Over Arms also has rules for initiative, conditions, recovery, levelling up, and it thinks quite a lot about finances and resources.

In fact, and it’s not a bad thing, the actual economic health of your character gets quite a lot of space. I imagine this is because “I’ll buy and bring a gun” is not the invented solution to every problem in Over Arms, whereas it might be interesting to see whether your characters can take on the Anima-wielding CEO of the megacorp while also keeping their jobs.

I’ve mentioned how Over Arms makes contradictions work. Here’s another, and perhaps the most curious of them all.

You, as the player, get to invent what power your Anima has. You start with one and gain more as the character levels up. So, if you can imagine a crazy astonishing power that’s applicable in almost all situations, then it’s yours.

In a game that touts the challenge of strategic thinking to overcome enemies and the randomness of dice, this is unusual. Some players like overcoming challenges, but at this crucial moment of character design, GMs might have to ask success-focused players to suppress the urge to design a success machine and come up with a concept with some interesting flaws. That’s an entirely fair ask and clearly achievable.

There is an exciting optimisation of stats that players can dig into if that’s their motivation. All Anima have a type. They can be Fighters, Assassins, Magicians or Guardians. The choice determines how their Accuracy and Damage are calculated.

If your Anima is a Magician type, for example, then Accuracy is Int+Rng-2, and Damage is Int+Rng+2. You see how Magician might want a high Rng. Leave it to the Fighters and Guardians to get up close and personal.

The Mirage is an optional sub-setting for Over Arms. As noted, there’s handwaving on the primary setting and the idea of running the game in Victorian England, in contemporary times, in a steampunk alternative timeline or a cyberpunk future are all on the cards.

Equipment, though, defaults to contemporary.

Over Arms uses The Mirage as a portable dungeon crawl. In the world of Over Arms, The Mirage is the realm that Anima live in, and you can access it by walking through a door.

I’m reminded a little of the anime Otherside Picnic in which the two heroes can access this spooky and adjacent world deliberate via the right combination of button presses on an elevator or sometimes, when the veil is thin, walking through the wrong door is enough to transport them somewhere else.

Animus, a set of creatures different to the Anima, live in The Mirage. The Animus are more animal, more like monsters and beasts, than the Anima and an encounter with one is very much more likely to become a fight.

There is even a bestiary in the 102-page book. It contains mundane enemies (like security guards), Anima that rivals might use as well as Animus.

There’s no doubt that part of my satisfaction with the game is in the book itself. It’s colourful and expertly presented. Text is given plenty of space to spring from the page, and those colours make reading a delight.

I love the illustrations but thought there might be more. I know art is expensive, and while I’m glad the sample Anima and Animus have been illustrated, perhaps those small thumbnails are underused. Although they don’t seem to be entirely on the same atmospheric coolness level as the hero images.

I learnt Over Arms in a day and have played several online sessions without a single need to reference the rules during a fight. I’ve played some RPGs this year where I really liked the setting but struggled with the rules. This put Over Arms up on a pedestal of “Aah yes! Like this!” in contrast.

I’m not alone; I see Rookie Jet has taken the game up to Gold best-seller status on DriveThruRPG.

Two potential quibbles. I got the limited edition cover, but I think the standard edition might be better art. Secondly, if you’ve never seen JoJo’s Bizarre Adventure, I’m not sure you’ll take to the vibe as strongly, although you’ll get the straightforward rules.

Bizarre Adventure, Straight-forward System: A review of Over Arms RPG 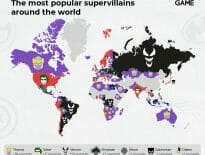