You are here: Home / TV / Anime / Lucked out! A review of Looking For Magical Doremi

I was fortunate enough to watch Looking For Magical Doremi at the cinema on a big screen. I didn’t research the show. It was part of an anime festival; it was the next film; I pre-booked my tickets and turned up.

While I waited for the curtains to open, I discovered I may have made a terrible mistake. Magical Doremi (aka Magical DoReMi) was a kids show. It was an anime intended to be inoffensive and engaging to young girls, and it hadn’t seen the light of day since 2008.

Had I just booked myself in to watch 90 minutes of kiddies shows?

I lucked out. That’s not the anime at all! You see, those fans of the original Magical DoReMi must have been 8 back in 2008. That means about 21 now. Looking For Magical Doremi is intended for 21-year-olds or thereabouts.

There are three main characters. The youngest is a student who was trying to become a teacher but who has lost her way. There’s an older student who’s working a part-time job and unable to find the courage to break up with her toxic boyfriend. The oldest, in her thirties, is a woman whose career has just hit a wall.

What binds these three together? They all were Magical DoReMi fans, met by luck and bond over their mutual love.

As new friends, they grow together and deal with the curveballs that life has been throwing at them.

Looking For Magical Doremi is an anime that’s grown with its fans, for its fans and is about growing together. It’s also about bonding over mutual interests, such as anime.

I really liked it! I surprised myself. I don’t think it’s all down to “Phew, it’s not a kids show!” but it might be in part due to not having any distractions, like the internet, I might have had if I tried to watch the slice of life at home.

There’s a loose thread of tourism and travel that pulls Looking For Magical Doremi.

Our three main characters go places to see things, locations associated with the show, or meet people. It’s these trips that bring them together and then get the plot rolling.

There’s also some luck or, dare I say it, destiny, as Magical DoReMi fan merch acts up on queue to organise critical encounters.

Some of the encounters are due to luck but Looking For Magical Doremi isn’t shy about hinting at the possibility of magic.

What I liked about the plot was how relatable and believable it was. The toxic boyfriend, for example, felt natural. It felt like a hard relationship to get out of, but an important one to flee without being overly critical to the young woman who felt trapped in it.

The workplace drama felt real, too, although it’s an eye-opener that someone’s fault was “saying what she thinks straightforwardly”. A nasty habit picked up by spending too much time outside of Japan! Gosh. I’m clearly never going to hold down employment in Tokyo!

Cleverly, this anime keeps you looking for … well, magic? The twist? The drama? The moment of chaos or dramatic change?

It’s a sign of a great sign of life when life’s little battles keep you so engaged that they develop a momentum equal in storytelling strength to an alien invasion or boss battle. Looking For Magical Doremi does this.

It’s neither a colourful anime, as the original one was, nor a sombre one. It’s a realistic depiction that doesn’t try too hard to be of everyday life. You can believe it might happen.

You might feel moments of empathy, but that’s not because of any heavy-hitting tactics and entirely through to natural storytelling.

Luckily, this isn’t a kids show. It’s an anime for people responsible for their own life decisions.

I found it a graceful way to spend 90 minutes, the story easily held my attention, and I felt the big screen feeling fulfilled. I’m absolutely not going to watch any of the original but will recommend the movie.

Lucked out! A review of Looking For Magical Doremi 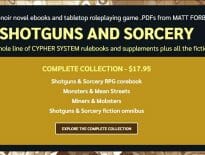 Tabletop & RPGs Grab the complete Shotguns and Sorcery for the Cyp… 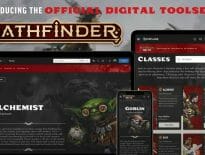