You are here: Home / Games / Tabletop & RPGs / Superhero Week: Getting to know the award-winning Hero Kids RPG and Super Kids!

Hero Forge Games have just opened the doors to the Hero Kids Creator’s Guild. Designer Conrad Evanshire has separately been publishing Super Kids, a superhero expansion, for the game. It feels like a good time to get a bit closer and get to know this award-winning RPG.

Justin Halliday, the boss at Hero Forge Games and author of Hero Kids, had time for a quick conversion with Geek Native. Thanks, Justin. We took the chance to ask some snappy questions.

Can you tell us a bit about Hero Kids?

Hero Kids is an ENnie award-winning role-playing game for kids from 4 to 10. Hero Kids is designed to help kids unleash their imaginations and teach foundational math and problem solving skills.

While games like Dungeons & Dragons are great for teenage kids, they’re too complicated for younger kids. This is where Hero Kids comes in, it’s purposefully designed to give younger players a streamlined D&D-style experience.

Hero Kids is set in The Brecken Vale, a small valley in an Norse-infused ancient land. In the world of Hero Kids, the heroes’ parents are off fighting distant foes and protecting the Vale from encroaching evil. With their parents absent, the kids are left to solve the problems and face the threats within the Vale.

In Hero Kids, each player controls a single hero (and possibly a pet sidekick), and they tackle kid-sized adventures and battle fearsome opponents. Whether they’re exploring ancient ruins, fighting oversized rats, subduing malfunctioning household tools, standing up to greedy bandits, or helping injured dragons, the kids are in control and ready to go.

In addition to being designed for beginner players, Hero Kids is also designed for beginner game-masters. These are usually the player’s parents, but might be an older friend or sibling. Many of us veteran role-playing gamers are older now, and we’re looking for a way to introduce RPGs to our young families.

Hero Kids adventures are structured in easy-to-run encounters, whether the players’ heroes are facing an antagonistic game character, a challenging situation, or a battle against fearsome foes. Hero Kids also comes with props and materials to engage younger kids; including hero cards and printable standups for the players to colour in, maps for combat encounters, and equipment and advancement cards to improve their heroes.

And the Hero Kid’s Creators Guild?

Hero Kids has just released the Hero Kids Creator’s Guild, a community content program that allows community members create and sell adventures and expansions that build on the Hero Kids world, and to translate the existing Hero Kids products into other languages (French is out NOW!)

And is Super Kids an expansion to Hero Kids?

Right now I’m really excited to see what new adventures different people come up with. I have my own style of adventures and gameplay, but other creators have their own styles.

I’ve also been collaborating with a whole lot of creators to translate Hero Kids into other languages and make it available around the world.

Geek Native also reached out to Conrad Evanshire to see whether or not we could get a sneak preview at Super Kids. He agreed and went one better, sharing four different previews of different titles from the range. Thanks, Conrad!

You see more of Super Kids at DriveThruRPG.

You can discover more about the New Recruits at DriveThruRPG.

You can download Super Hero Cards II from DriveThruRPG.

You can investigate Supervillains, Henchmen, and Minions at DriveThruRPG.

Thanks to Justin and Conrad for the time. Do you RPG with the kids in your family? Let us know any tips and tricks you have for keeping the game focused and afterwards consider this teleport link off to another random Superhero Week article.

Superhero Week: Getting to know the award-winning Hero Kids RPG and Super Kids! 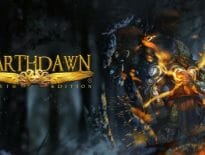 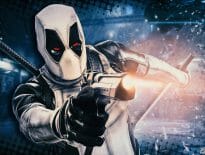