You are here: Home / Games / Tabletop & RPGs / Award-winning Chew gets an RPG about cops, cooks and cannibals

Chew from Image Comics is currently on comiXology, looks incredible and issue #1 is free. It’s an award-winning best seller that I hadn’t heard of.

The Kickstarter for the Forged in the Dark RPG brought the post-chicken apocalyptic world of cops and clairvoyants to my attention. Now I’m very tempted by Pete Petrusha and Imagining Games’ pitch. You can check it out on the project page.

The bird flu killed over 100 million people, and the US Food and Drug Administration, now the most powerful law agency on the planet, bans the bird.

In the Chew RPG, players are part of the Special Crimes Division and will have to investigate egg dealing, chicken trafficking or even fricken (chicken/frog hybrids) mutants.

It’s a game where criminals have superpowers, and they’re food-powered mutations. Being a member of the Special Crimes Division isn’t an easy life.

CHEW was also way ahead of its time in casting a leading Asian-American family. Not only do we walk through the shoes of Tony Chu, there are entire issues following his twin sister Antonelle (Toni), and his daughter and older brother are never far behind either. I gotta tell you, as a South Korean-American, I was blown away to discover this as I read through the volumes in the lead up to this project. I’ve never read or watched anything that wasn’t anime, dubbed, or translated that starred so many Asian-Americans for more than one episode or issue.

As it’s a Forged in the Dark game, Chew is all about the story and games which weave a story as they run. There are also lots of goodies in the Kickstarter.

A pledge of $25 will result in a reward of all the PDFs, which means Chew: The Roleplaying Game and the CHEWniverse.

Stepping up to $39 (about £29) adds the trade release hardcover version of the core rules to that reward pile. Shipping is added later.

The CHEWniverse world book hardcover is added to that loot list at $77 in a pledge tier called “Spicy Chicken Wings”.

The goodies start to unlock at $113 with the corkboard, Mother Cluckin’ Bucket of Chicken Dice, a pad of colour character sheets and an FDA pin badge added to the rewards.

The hardback books are signed at $157, with a deluxe edition slipcase and secret weapon Poyo pin added. This tier is more popular than the one below it so far.

Other tiers exist, including some retailer only ones. Delivery is slated for August 2022.

Award-winning Chew gets an RPG about cops, cooks and cannibals 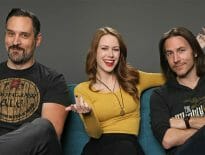 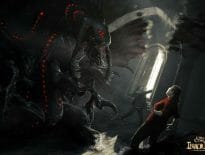