There’s been an enormous leak of Twitch data. More than user data, the whole source code for the platform has happened. 125GB of data was shared, via a Torrent link, to 4chan. Why? The leaker claimed;

Twitch has confirmed the total security breach. It’s time to change your password.

Critical Role earns the most

In the data is the payouts from the platform to high profile streamers. Critical Role comes top with $9.6 million over a few years.

As you might expect, there’s been a heated discussion on Twitter. Is $9, too much? Critical Role is free to watch; you don’t need to pay anything. There’s been a very successful Kickstarter too, but Amazon then secured the rights to show the animation.

Sponsorships and merch deals aren’t handled by Twitch and aren’t in this data. It’s believed that sponsorship starts at about $25k.

Costs aren’t included either. How much does it cost to pay staff or hire the studio? How many behind the camera staff are included in the payroll?

Critical Role is entering an important phase. Most of the globe are leaving lockdowns, people’s habits are changing, and the team are back in the studio. In fact, campaign 3 starts on October 21st.

The new series, set on Marquet, kicks off on Thursday at 7 pm Pacific. We’re yet to know the character names, but we do know it’ll be set after the events of Exandria Unlimited. 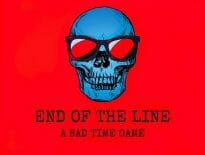 Interviews Stressful and exciting: an End of the Line RPG gui… 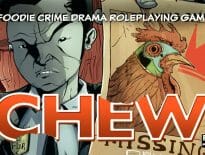