You are here: Home / Games / Tabletop & RPGs / Herbalist’s Primer: A system-neutral RPG guide to plants pushes past 1/3rd of a million on Kickstarter

Billed as the Herbalism Book You Didn’t Know You Needed, the Herbalist’s Primer has now earned more than $333,333 in pledges on Kickstarter.

The Primer is an illustrated guide for RPGs and targeted to GMs. It’s also there for worldbuilders. There are still three weeks to take a look at the unlikely success and get involved from the pitch page.

The system-agnostic illustrated guide is inspired by 19th-century herbalists and associated folklore and myths. It writes about “real-world magical plants” in an easily accessible and organised way.

Such as? Well, there’s screaming mandagoras, shape-shifting deadly nightshade and portals to the fairy realm hiding in the hawthorns.

Plants might be culinary, medicinal, magical or, of course, poisonous.

Herbalist’s Primer is all-in-one book for druids, healers, alchemists, and poisoners in any tabletop RPG – perfect as an in-world item and applicable to all fantasy settings. The book is written without any mentions of real-world places – you can read straight from the pages, and nothing there will clash with your homebrewed or store-bought fantasy world.

The Kickstarter will fund a 6″x9″ full colour and 360-page book of botanical, ethnobotanical, folklore, and tabletop roleplaying material. It’ll be illustrated, packed with lore, offer plot hooks, quest ideas and in-world write-ups of recipes for magical and medicinal concoctions.

A pledge of $20 to support the project is enough to unlock a PDF copy.

The RPG is being fulfilled by Exalted Funeral with writing and illustrations from Anna Urbanek of Double Proficiency, supported by Jakub Wisz. It’s a partnership that clearly reassures gamers as nearly 8,000 backers have found $40 to unlock the hardcover.

Those are the only reward tiers, and both are expected in February 2022.

Herbalist’s Primer: A system-neutral RPG guide to plants pushes past 1/3rd of a million on Kickstarter 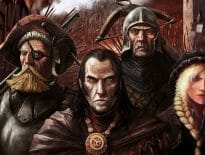 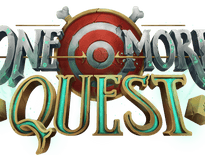