The anime based on Junpei Inuzuka and Katsumi Enami’s Restaurant to Another World is getting another season which will air in Japan from October.

Yen Press have the manga in comiXology and so we have a description for it.

By all appearances, Western Restaurant Nekoya is a normal restaurant serving normal people—but unbeknownst to the regulars, it also attracts an alternative clientele. Every Saturday, all manner of fantastical beings come to dine, and what is familiar fare to humans can be downright exotic for visitors from beyond. To these customers, Nekoya is known by a different name: Restaurant to Another World. READERS BEWARE: Opening this book may lead to uncontrollable drooling and a grumbling belly!

Season one was split between Crunchyroll ad Funimation, the former streaming the show with subtitles and as the anime ran in Japan, the latter with a dub.

The poster for season 2 of Restaurant to Another World shows the elf trainee Faldania gathering mushrooms. 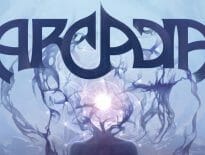 Interviews An interview with James Introcaso as MCDM’s … 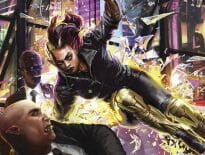