You are here: Home / Games / Tabletop & RPGs / An interview with James Introcaso as MCDM’s Arcadia future is confirmed

When Matt Colville announced that MCDM would start a magazine, he was very clear about the commercial requirements. Arcadia would need to be a success, and the first few issues would be a test.

(at about 32:50 Matt introduces Arcadia and the plan to only do three issues)

You can buy Arcadia from the webstore or get it as part of your Patreon support for MCDM.

James Introcaso was appointed managing editor, and Geek Native has been lucky enough to secure a quick catch up.

What is Arcadia? How would you explain it to someone coming across the project for the first time in this interview?

When Matt Coville announced Arcadia, he was pretty straightforward, MCDM would do a few issues, give them to the Patreon supporters, and if that helped attract new backers, the project would continue. We’re a few issues, and I was hoping you could give us an update. What’s the future for Arcadia?

The future of ARCADIA is strong. We’re now putting out a monthly issue indefinitely. We just put out ARCADIA 7 this week, I’m already looking at the layout for ARCADIA 8, ARCADIA 9 is in copyedit, and ARCADIA 10 is in playtesting. I’ve got writers working on future issues out to ARCADIA 22 right now.

Most of our readers are game masters, which is no surprise given that Matt is known for his GM advice video and that the person running the game is typically the one who invests the most in it. We did a survey after our third issue and we learned that GMs really like it when we provide the toys for the toybox and not necessarily a ready-to-use playset. What I mean is that most people would rather have drop-in encounters rather than full adventures, and that even more folks prefer publishers to provide monsters over encounters. Monsters are the building blocks of encounters and encounters are the building blocks of adventures. We’ll still have a lot of everything in ARCADIA, but we’re going to focus our efforts on what our readers want most: monsters, encounters, NPCs, locations, spells, magic items, organizations, and new rules.

At the same time, we’re hoping to attract more players to ARCADIA, so we’re going to keep including new ancestries and subclasses as well!

Why do you think it’s working?

I think people are excited to get new content for a game they love on a monthly basis. A lot of folks get inspired to run games while reading ARCADIA. Heck, reading it is a way of enjoying the game without actually playing it. We give the authors a lot of creative control and encourage our artists to play, and that leads to a lot of interesting ideas you might not find in other publications. ARCADIA 3 has some out-there ideas, like new dream-based ancestries and a system for high-altitude, aerial dogfights! These interesting articles are mixed with rock-solid content every game can use like monsters and adventures. That mix of unique, playtested design that comes with great art make ARCADIA something every subscriber looks forward to reading. Lots of folks have a fun ritual where they read it with a partner or sit down with tea and cookies and just relax with the latest issue.

What’s your role on the project? How much do you get to shape that future, and where do you want to steer the magazine?

I’m the magazine’s managing editor. I invite authors to pitch us article ideas, review the pitches with Matt to select the ones that make it into the magazine, and then work with the authors, playtesters, and editors to make the articles the best they can be before they go to print. I also get to write a letter in each issue, which is great fun!

I’m sure you have a few favourites, but could you shortlist a few of the articles since launch that you would especially recommend, and why?

As you said, I really love them all. I spent a lot of time working on all the articles, so it is super hard to pick a favorite. I have to call out Leon Barillaro’s “The Workshop Watches” adventure. It’s thematic, evocative, and easy to drop into any game. Many groups reported talking for hours after their games about technology and morality. Cat Evans’ “The Chained Library” is a great location and organization that every campaign needs. Willy Abeel wrote two incredible articles about mounted combat that folks must check out! Mike Shea’s “Grim Accord” is going to give you villains you need to use in a game. “The Pickling Guild” from Sharang Biswas will change the way you think about food in your games. I could honestly go on and on. I’m really proud of the work we’ve done.

Are there any collaborators you are especially keen to get involved in Arcadia?

I don’t want to call out anyone in particular. But we have some great folks coming up in future issues that I’ve been keen to work with for years. No spoilers yet!

In recent weeks, there’s been some discussion about Wizards of the Coast launching a subscription model. Do you think they should, could and will? How might that impact Arcadia?

We honestly don’t give too much thought to what WotC’s doing beyond reading what they put out to see what’s new in the official game and how they’ve updated the style. They have a ton of great folks over there doing incredible things. So do we! We’ll keep putting out ARCADIA as long as it makes sense to do so both from an artistic and business perspective. As far as WotC putting out a subscription goes, I subscribed to D&D Insider every single day is was available during the fourth edition days. It will all depend on what they put behind that subscription to see if it’s worth it.

Do you have time to work on Arcadia as well as other James Introcaso projects? Anything coming for Burn Bryte that you’re allowed to talk about, for example?

Yes! MCDM is great and gives me time to work on stuff. No Burn Bryte news that I can share at the moment, but I’ve been working with Andrews McMeel on a big ZWEIHÄNDER project that you will likely hear about soon called Eternal Night of Lockwood. 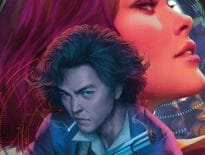 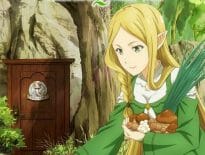